Named after a brickworks close to this road.
Thanks to Stu who sent in the photo below. The snow picture is  Tusting Close, taken looking towards the scout hut end in 1958.
These are my aunt and uncle, Sylvia and Andrew, who lived on Tusting Close with their parents Frank and Ada Browne. 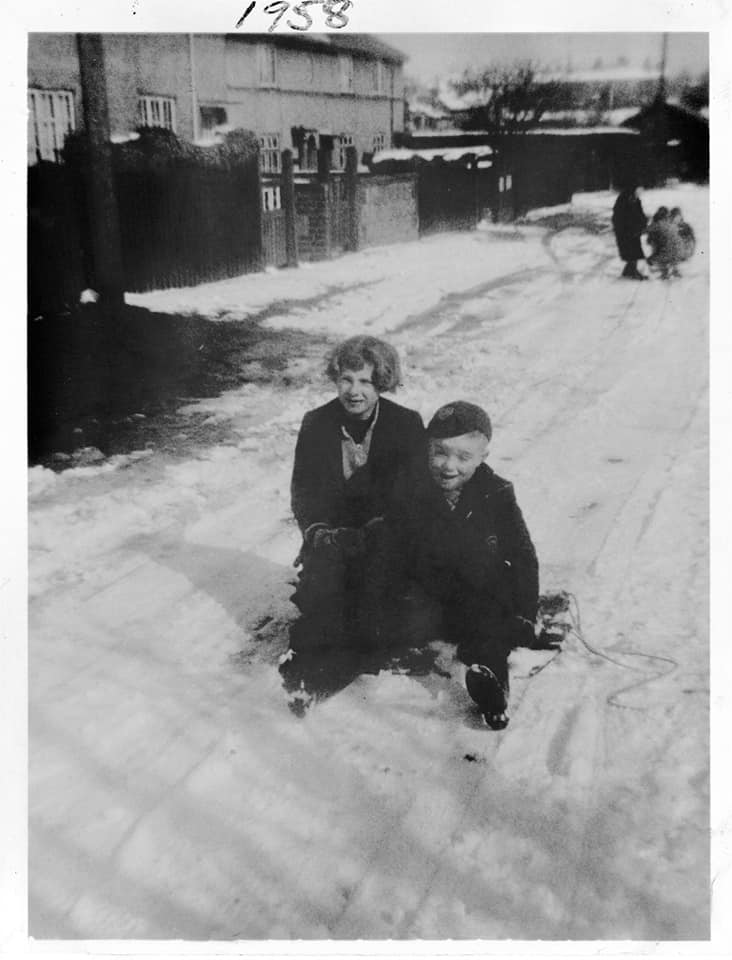 This is the 1st Sprowston Girl Guides at the Tusting Close scout hut in 1952. Thanks to Stu for these who tells us "Mum thinks the Commissioner, middle of back row in the small group picture, was Miss Patterson. The patrol leaders in the front row of that picture were left to right Gillian Saddler, Judith High, Wendy Williams and mum, Janice Browne." 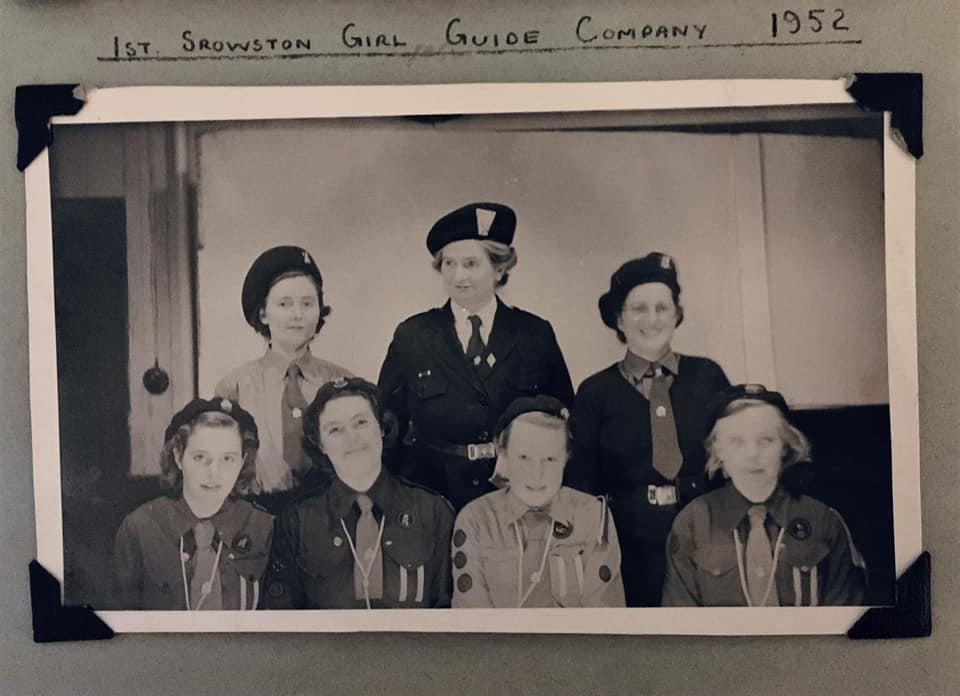 Below is the secondary school class that took their classes in Tusting Close scout hut! I'd never heard of this until she told me today!
My mother, Janice Browne (as was) is middle row 4th from left. She attended the first year of high school at Recreation Road, but took an exam similar to the 11 plus but at age 12 and qualified for grammar school type study, but at the scout hut rather than a school. She attended this course, just a few yards from her home, until she was 15, although she did have to attend a few classes, such as science, at the Recreation Road school. Her fellow students graduated there from other schools. The teacher in the back row at the right is a Mr Float. The head was a Miss Williams. The picture was taken on a school trip to Thetford in Easter 1952. Thanks to Stu for this. 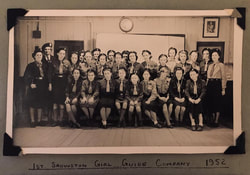