Atlantis Tower Complex
​Used to be Tiffanys Ballroom. Chrissie Jackson who used to be on Radio Broadland and BBC Radio Norfolk used to be one of the resident DJ's.
Central Beach
The BBC Radio 1 Roadshows used to here most years. It was the highlight of the year and the beach was always packed out. Vibe FM and T4 also did similar shows in the same spot. 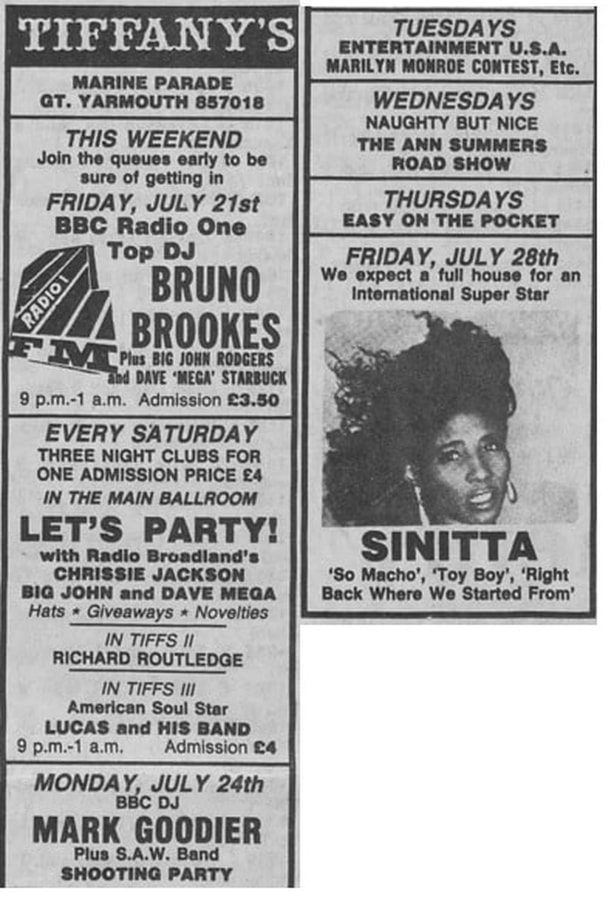 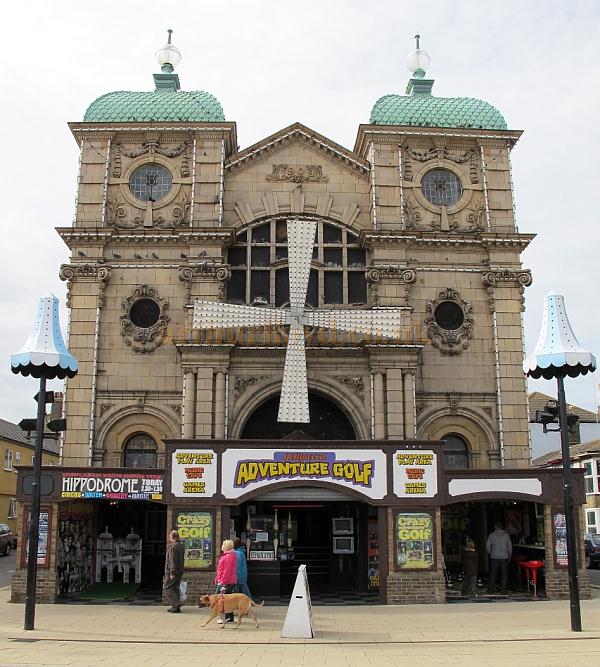 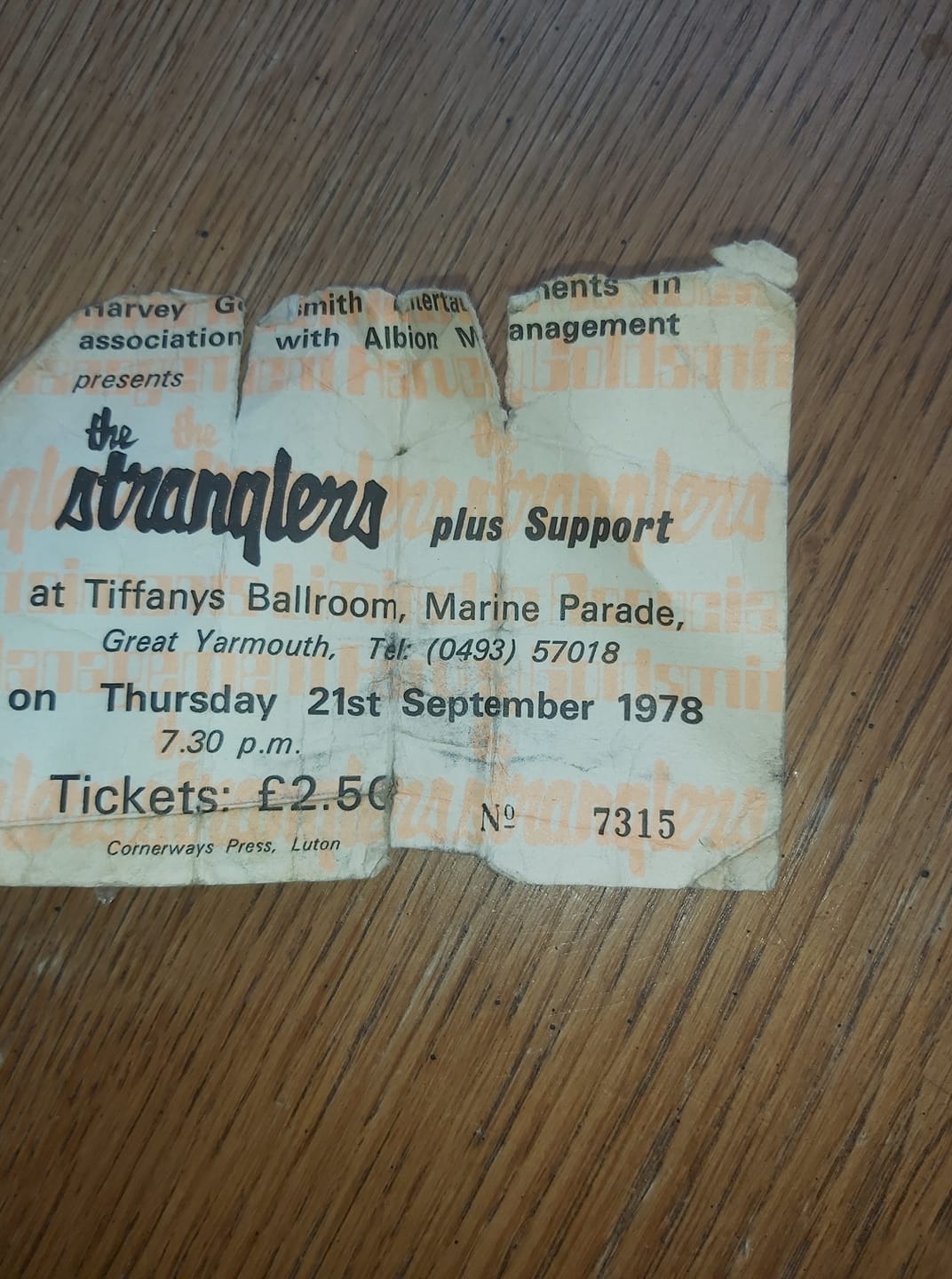 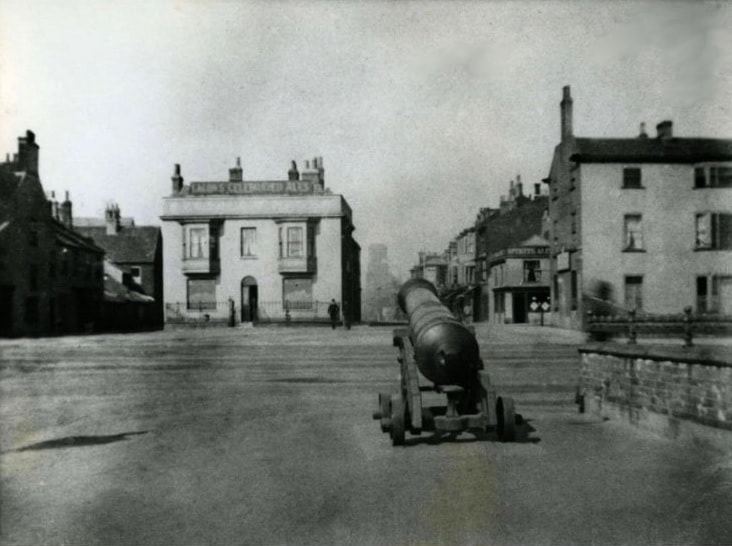 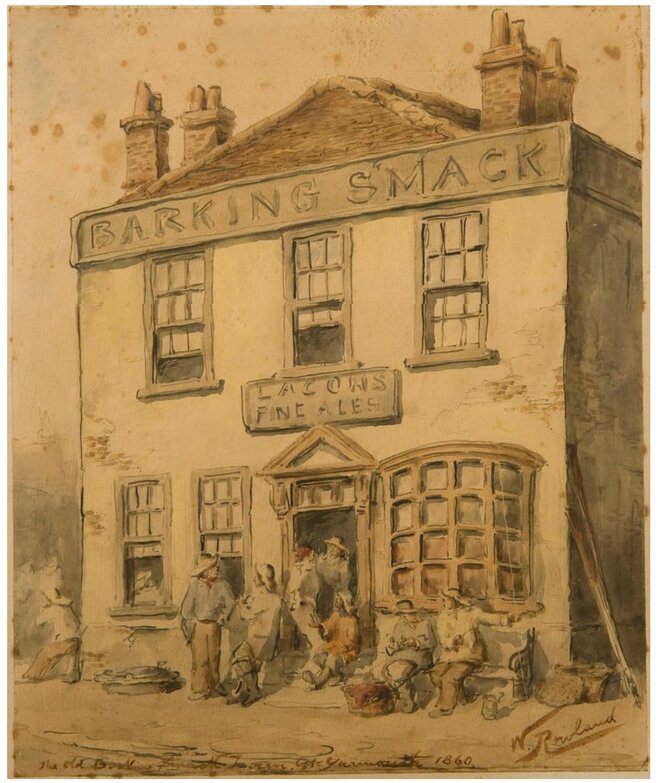 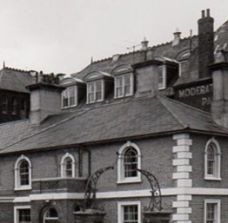 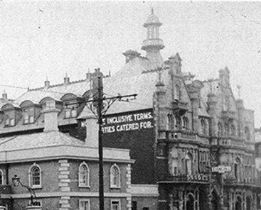 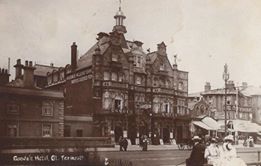 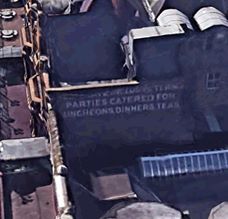 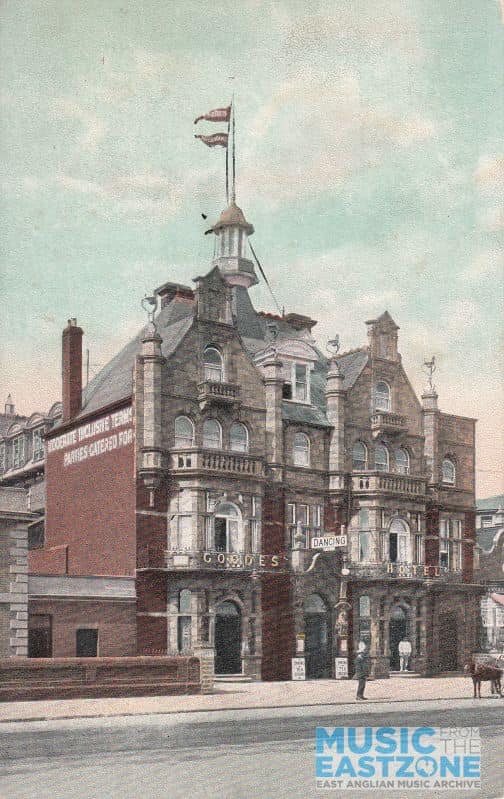 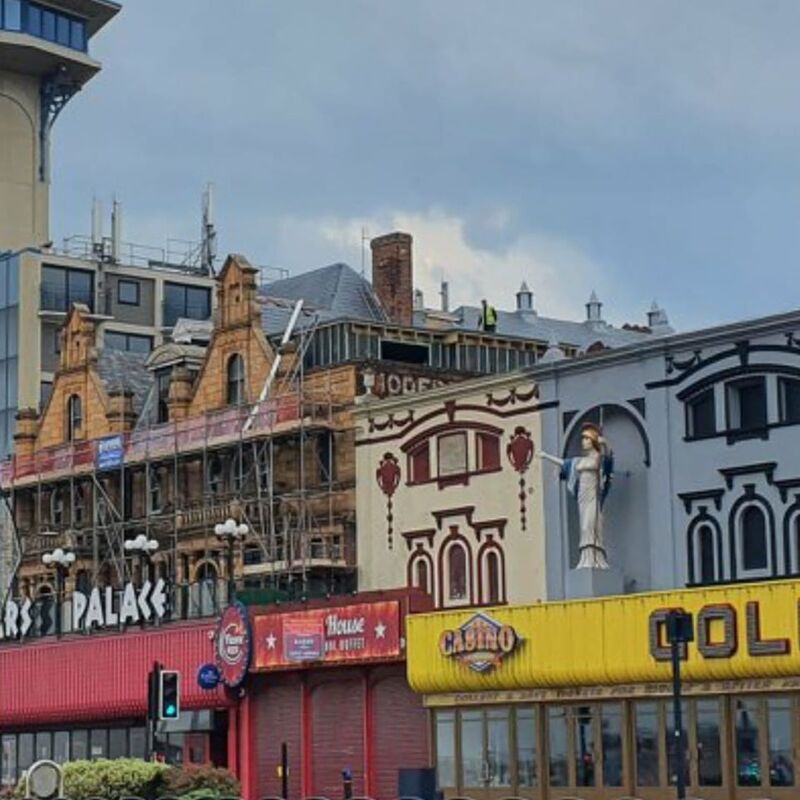 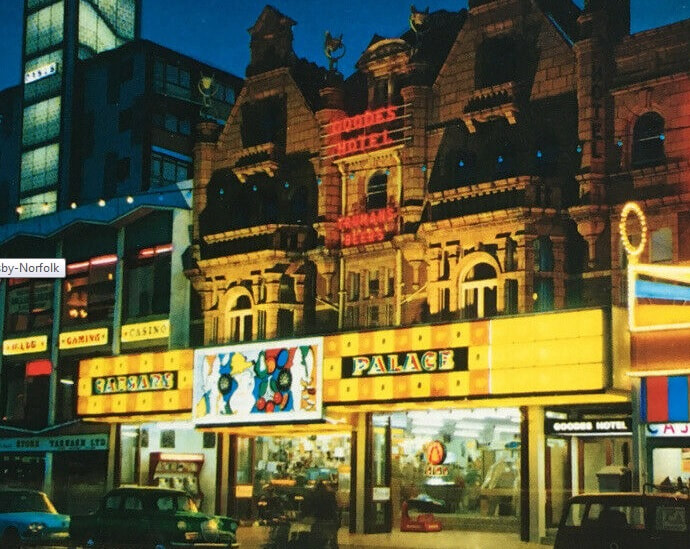 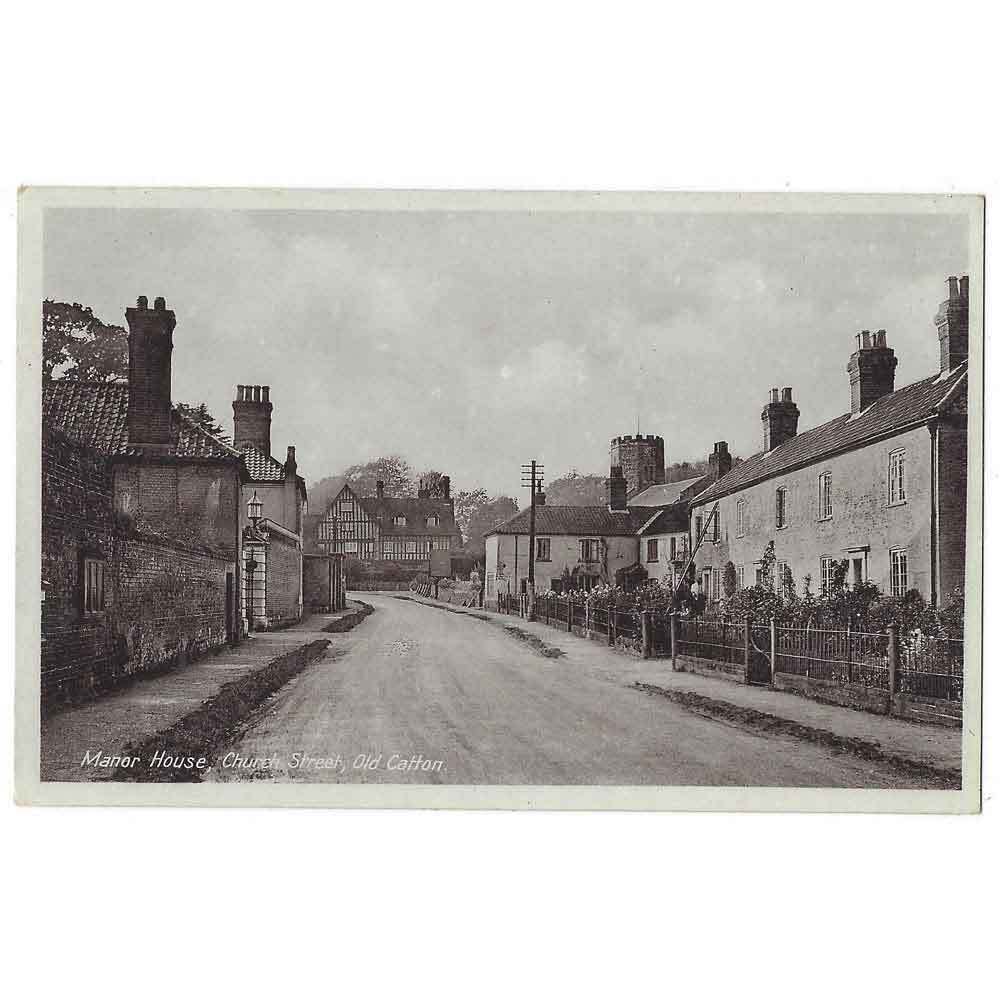 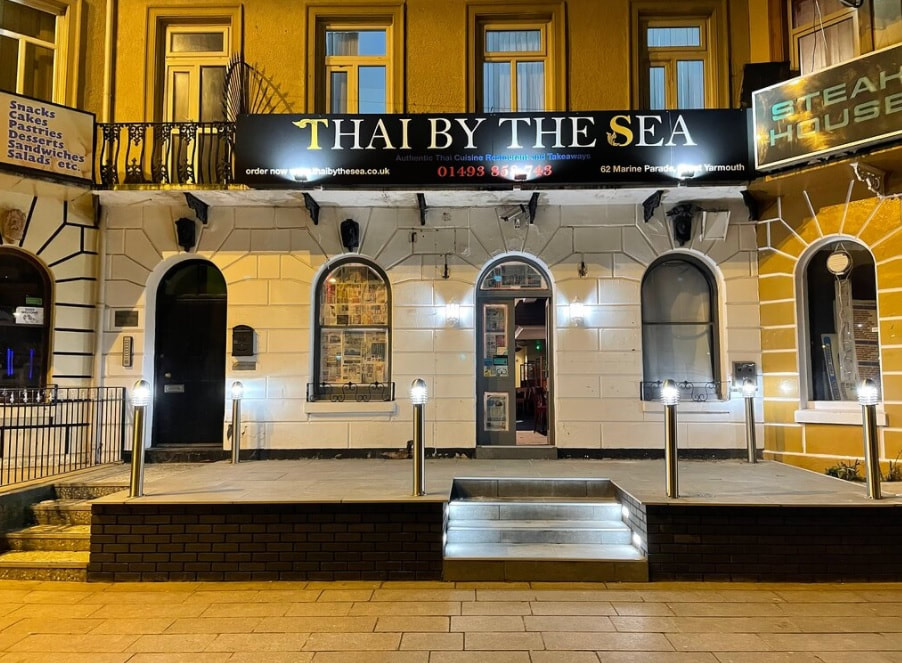 
The Log Flume opened on Sunday 18 June 1981. Its first passengers were two local MP’s, Michael Carttiss and David Porter, who both officially opened the ride, together with Norwich Town Crier, David Bullock, and Albert Jones. The ride was installed at the south boating lake, which had long been a source of wrangling between Botton Brothers and the local council as to how best to utilise the space as holiday-maker expectations changed over time. The ride has operated ever since and generally follows only the Scenic Railway in popularity and income for the park.

It is generally criticised for its heavy industry look. It was always the intention to clad the ride and theme it accordingly. However, council planning never allowed this for concern it would block views of the beach and sea from Marine Parade, which had been one of the concerns in the aforementioned wrangling.

The ride consists of a large station loading area, meandering water course and three drops of heights 8 metres, 5 metres and 11 metres (in order). Conveyor belts carry the logs to the top of each drop and gravity brings them back down with a splash. The flow of water in the course carries the logs around to the next drop before bringing them back to the station loading area. This image show the view from to top of the highest point of the ride.

This ride is unusual among water rides as it uses salt water from the nearby sea, rather than fresh water. There are a number of mechanically similar rides operating at parks in Europe, for example at Fårup Sommerland, Denmark. 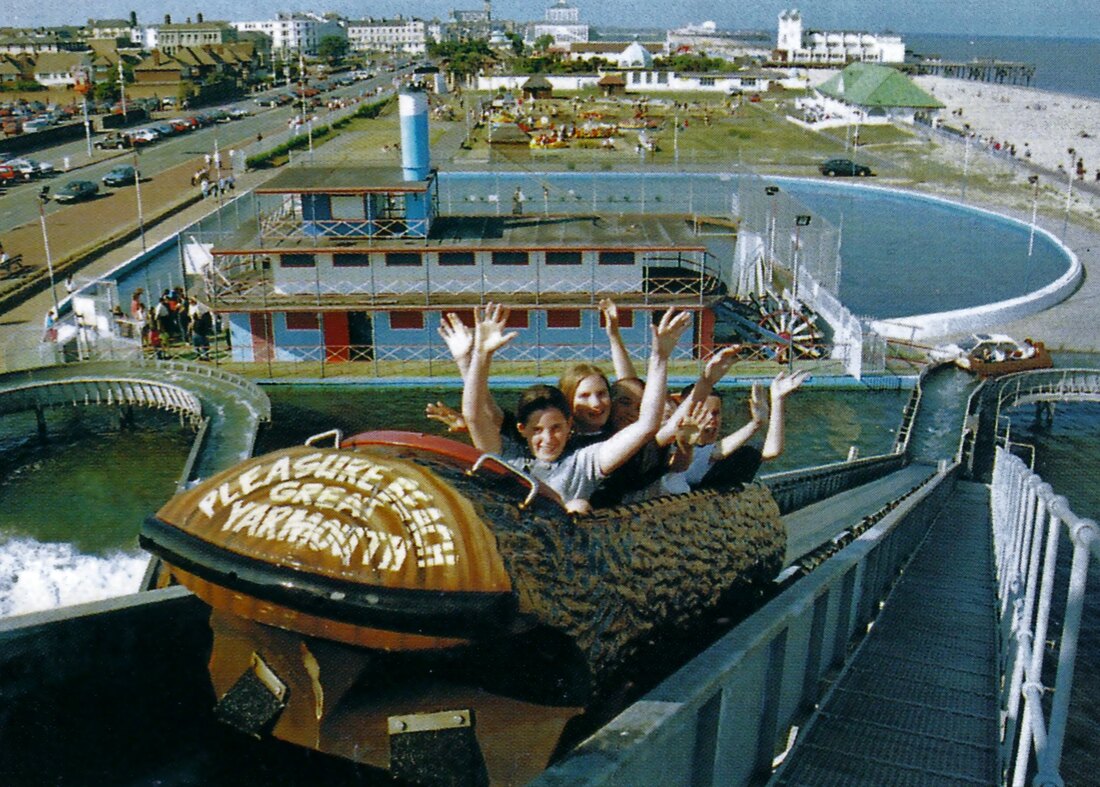 Sealife Center
Used to be a manual go kart track.
The Arc Cinema
Used to be The Royalty Cinema and aquarium. Amazing video with behind the scenes stuff with Walk With Me Tim here
​
Wellington Pier

The Wellington Pier, a 700ft wooden structure, was designed by P. Ashcroft and opened on October 31st, 1853 having cost £6,776 to build.
The Pier made an impressive £581 profit in its first year, but a second pier was built nearby just 5 years later which had very harsh financial effects on the Pier.

The Great Yarmouth Corporation bought the pier in 1899 for £1,250 with new entertainment plans.On July 13th, 1903 the new Pavillion opened.
The Winter gardens was purchased from a failed project in Torquay, for £2,400, and was incorporated into the Pier complex.
Major steelwork renovations were carried out in the early 70's costing £30,00
The Wellington Pier began its construction work in June 2003 for an impressive and speedy face-lift.
On 3rd April 2004 The Wellington Pier re-opened for the 2004 Season.

Ice Cream Parlour - used to be the booking office for the piers shows.
Gift shop used to be a burger bar. 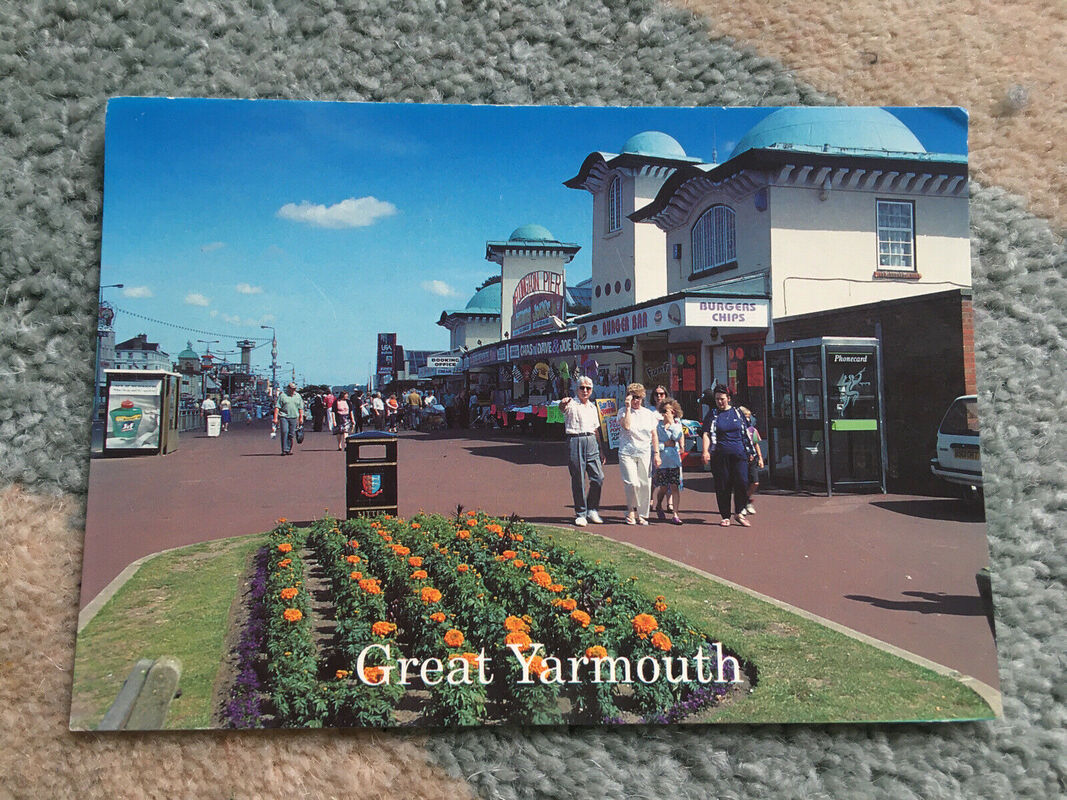 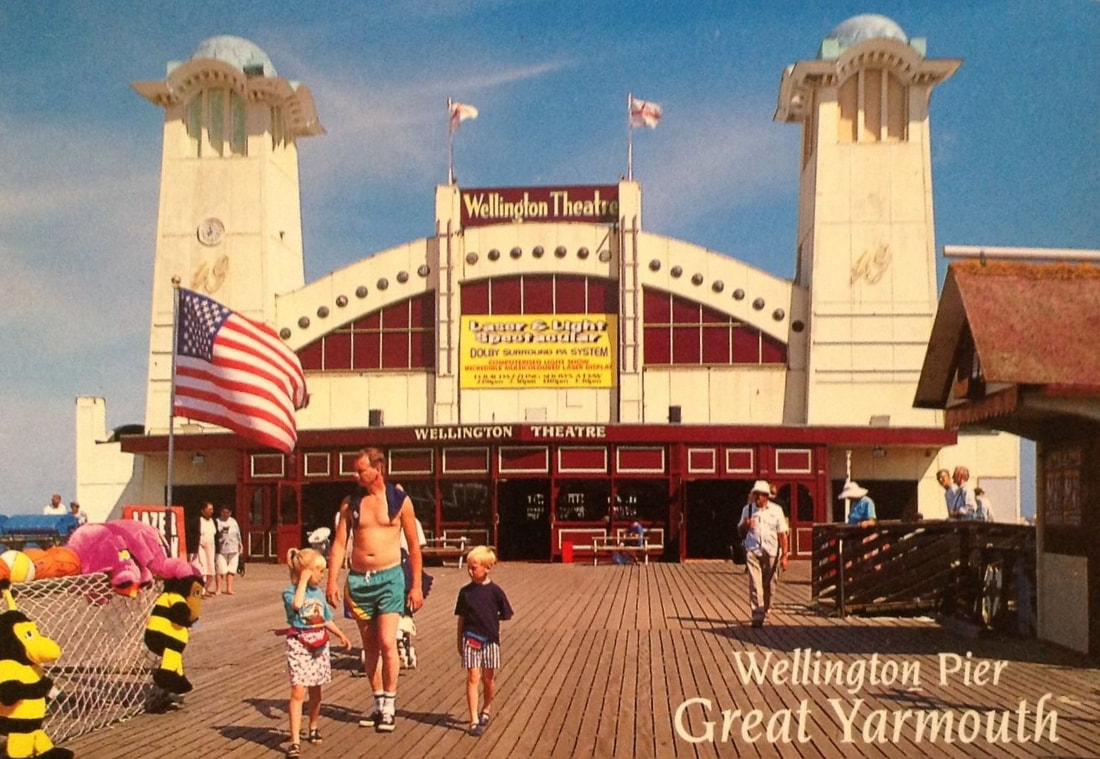 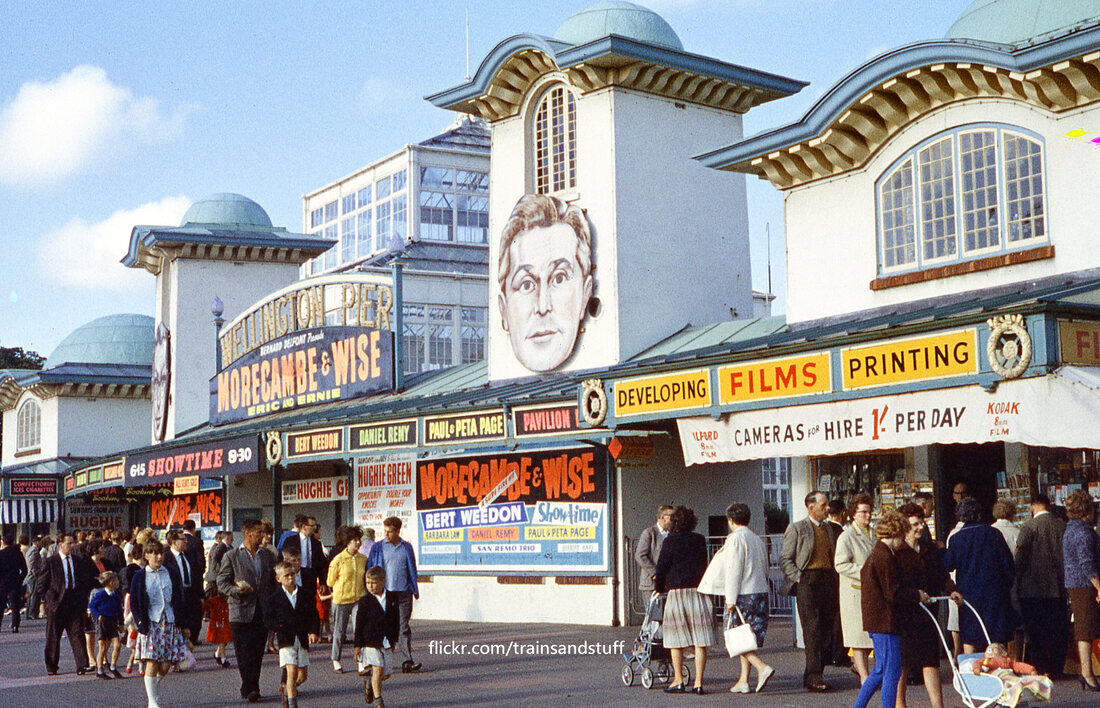 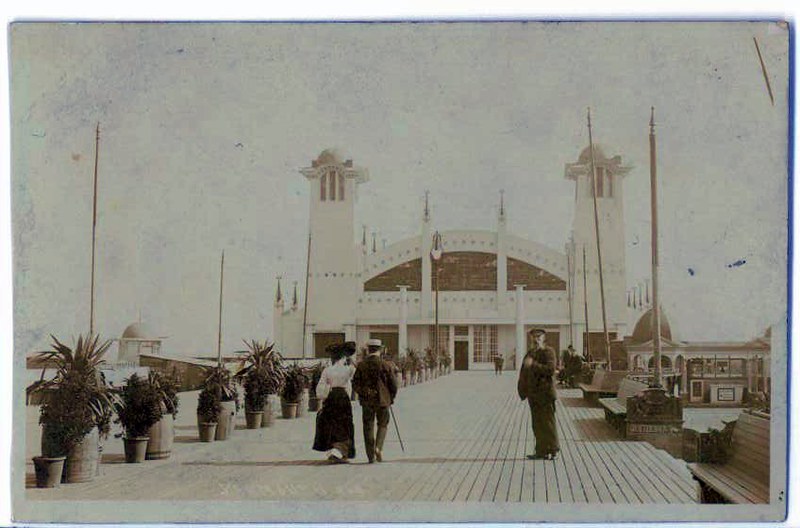 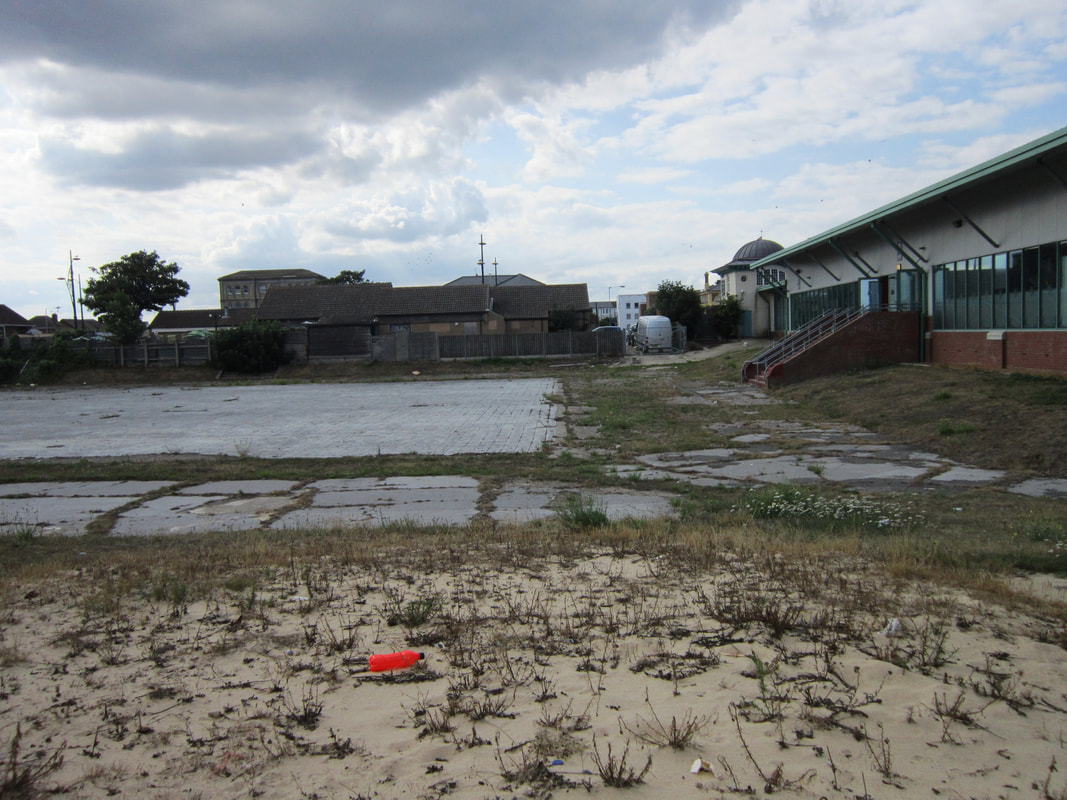 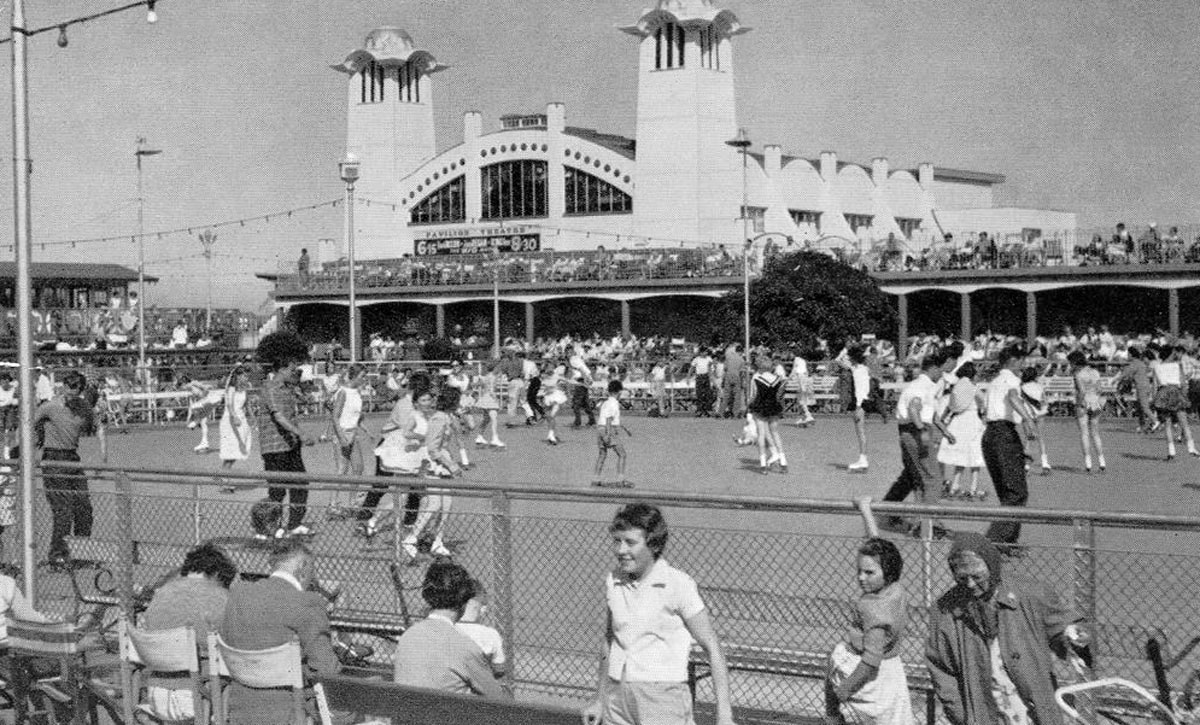 The roller skating rink at Wellington Pier, Great Yarmouth, pictured in the 1950s. 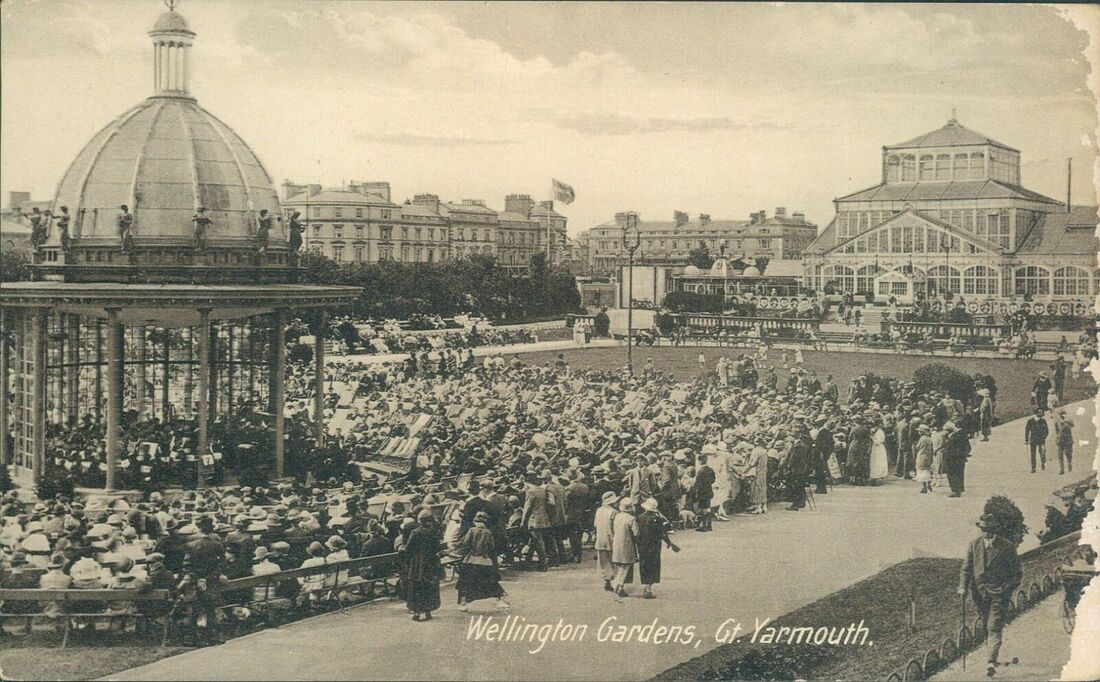