1 Norwich Road, North Walsham
Used to be Sparling Clothes Shop in the 1970's.
Highway Motors.
This was the original Black Cat garage before it moved to the site where Lidl's now is. The house and garage was built by the Tresize family in the 1920s. Tower garage used to be next door to us and was owned by Burt Pye. He retired and sold it to Hartwells Vauxhall, and then later was sold to a used car dealer. He then sold it to a developers and the houses were built. Below are two original signs from the Black Cat Garage. Thanks to the garage for the facts and pictures. 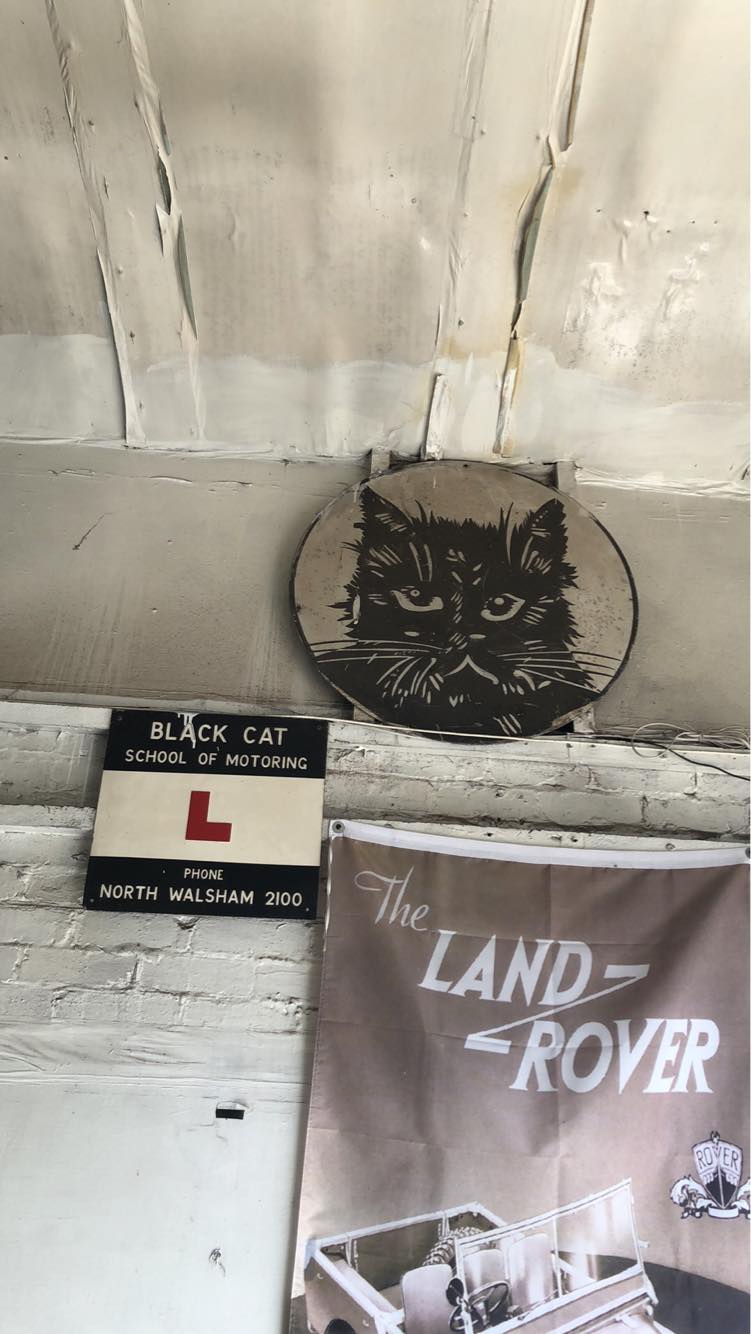