24 Cromwell Road
Sprowston Coat hanger shop was here in the car port of the house which was run by Doreen Allison and opened on a Monday selling nearly new children's clothes. Doreen ran it for many many years and had huge numbers of children's and baby clothes and used to unbox them all and box them up every day they opened.
47 Cromwell Road
This used to be Guymer's Grocers and had a son called Peter. It was later brought by Arthur Cooper. With the advent of supermarkets (& retirement age) Mr Cooper sold the premises in the late 70’s & it became a private house. Thanks to Gary Cooper for the help.
​49 Cromwell Road
This used to be Torys Fish & Chip Shop. It was run by ​Salvadore Rea but everyone knew him as Tory. Tory had been an Italian prisoner of war and felt life here was better than going home. One night early in the week he did fritters a portion of which was not for the faint hearted. He shut the shop and moved to another chip shop on Cambridge Street in Norwich which is now China Express. 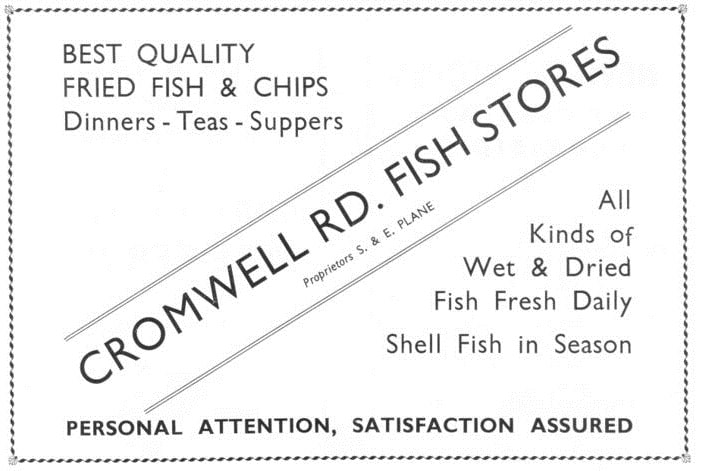