218
used to be the blacksmith ph

223 holt road
used to be a hairdressers from 1971 until 2001. There was no signs up Anne was the ladies hairdresser
butchers built in 1987

149 Holt Road
Used to be Horsford Stores in 1996
71 holt road
changed from shop to insurance office in 1985
Wayside Garage
now rpi Change Of Use And Alteration Of Cottage To Showroom
2 Holt Road - Spice Of India
Used to be The Crown and Yeast And Feast. ruby tuesday in 1992
30 Holt Road
Chapel of rest built in 1983
DIY shop
86 Holt Road
Was a Diner in the 70's
​Smiths Service Station in 1975
​in 1978 Motor Vehicle Workshop, Pump Islands With Canopy And Change Of Use Of Workshops To Car Showroom
The Nest
Now a football center and hub. This area used to be the Anglia Windows Social Club. 1979 started application for a clubhouse The club opened in 1984 anbd closed on Friday 21st June 2014. Barney and Jenny ran it for many years.


'I'm very sad that it's closing and nobody else has come to take it on,' said Mr Hewitt. 'It was through lack of interest from the members.
'We were relying on outside functions and the company wasn't prepared to put money into something that wasn't used by the workforce.

'I think they've found that people just socialise outside of work.
'They don't use social clubs now - all big companies have got rid of social clubs.'
He said users had all found alternative venues, and efforts to find new buyers were continuing.
The club - affectionately known as 'windows' by regulars - was purpose built near to Horsford Manor in 1984.
The manor itself was converted into offices more than 40 years ago and used as the Anglian Windows headquarters, before falling into disrepair.
The building was empty for years until permission to demolish it was granted in 2012, making way for a new-build office block.
Although the fate of the sport and social club is currently unclear, the site could prove attractive to property developers.
Anglian Home Improvements, formally known as Anglian Windows, released a statement explaining the closure.
It said: 'Throughout its history the Anglian Windows Social Club has been at the heart of many company events and social gatherings. 'In its early years it provided excellent facilities for all Anglian people to enjoy, however in recent years the club has been poorly attended with many events loss making.
'Increasingly the club has had to raise funds by promoting external events to keep it a viable proposition.
'The last set of accounts published in October 2013 show the club as loss making and Anglian Home Improvements confirmed that it was not willing to subside a club that is no longer supported by its employees.'
The spokesman confirmed Mr Hewitt had retired this month.
'Despite having tried many initiatives to reinvigorate the club he acknowledges the era of the social club is over and the Anglian Windows Social Club closure is in line with many other similar company club closures across the county in recent years,' the spokesman added.
Former manager Mr Hewitt admitted the closure did not come out of the blue, but said he would miss his staff and former regulars. 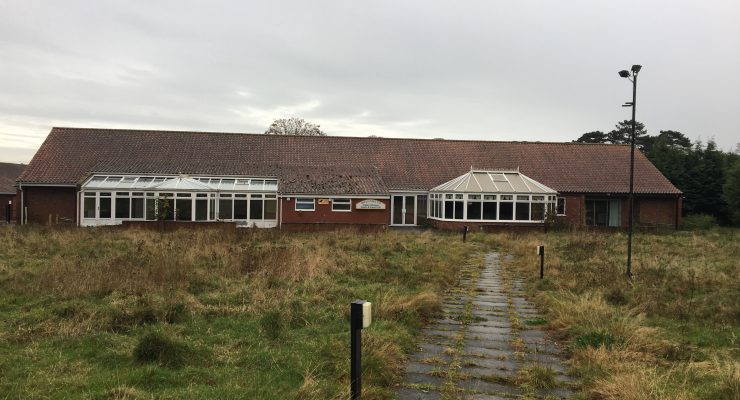