8 School Lane - Billy's Fish And Chip Shop
Before the chip shop was built there used to be a Blacksmiths run by Mr Yaxley.

Harry Spanton's used to run the fish and chip shop. In 1983 Billy Wong took over. He first worked in catering and then saved money to buy the shop. Billy died on Monday 13th August 2018 after suffering cancer for 3 years. He was known by his customers for always smiling and being happy, I always remember going in the shop and always got a warm welcome. 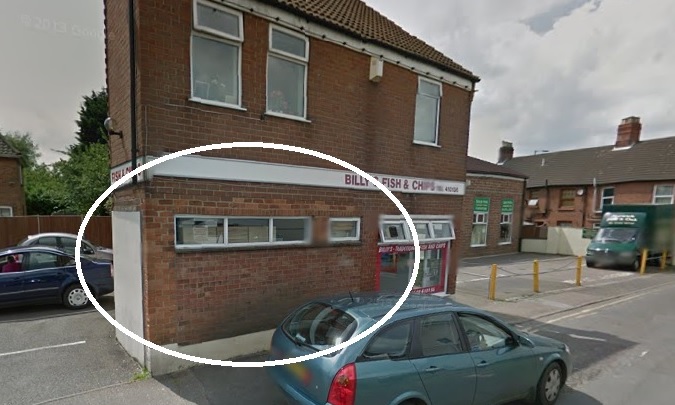 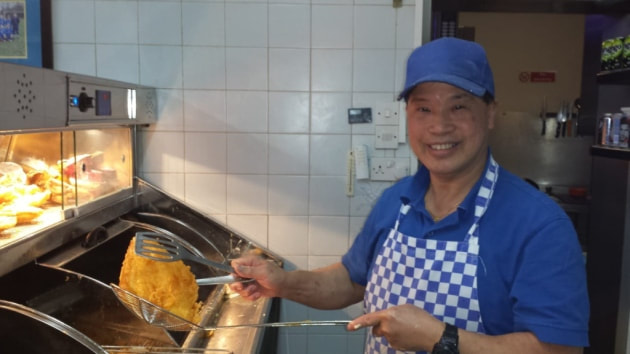 Credit: Archant & https://www.localrecall.co.uk/
12 School Lane
Where the Billy's car park is this used to be a car sales showroom called Donald Hannent Motors in 1950.
80 - 82 School Lane - Brian Anthony Barbers
Established 1968.
​Thanks to Gwenda David for these memories

"I went to the school Lane School from 1942 and well remember the shop on the other side of the road (now a barber's) which had a marvellous fizzy drinks machine.  This had a spherical glass container of water, you chose your flavour and a shot of syrup went into a bottle which was then filled with carbonated water to produce your penny drink."
Norfolk Truck & Van Ltd
Used to be Tricentrol Trucks and Delves Commercials and Renault Trucks
Sprowston Diamond Center
This is the old Sprowston Elementary School which was opened in 1860. In 1873 the building was extended. As time went on and as Sprowston grew they had to build other schools on Recreation Ground Road and the high school on Cannerby Lane to keep up with demand! 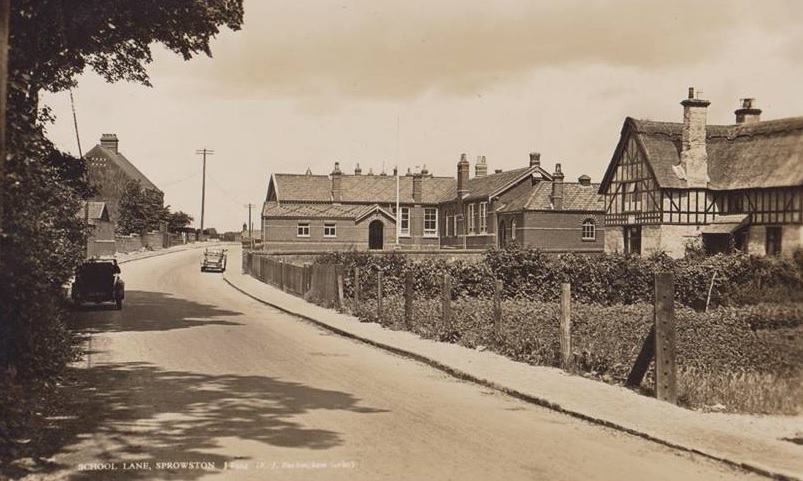 Thanks to Ron Sheldon 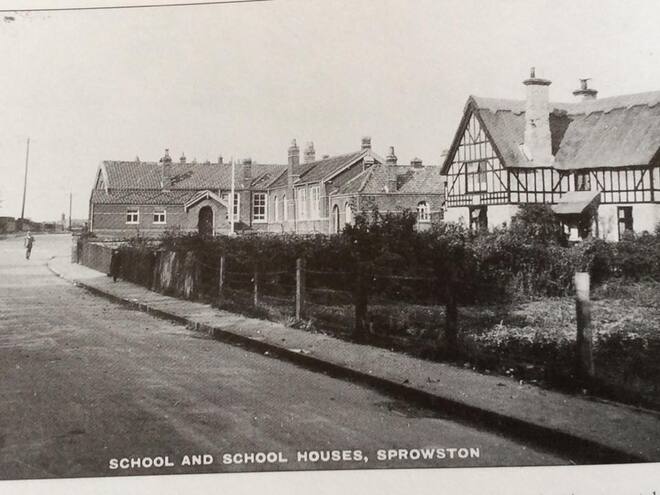 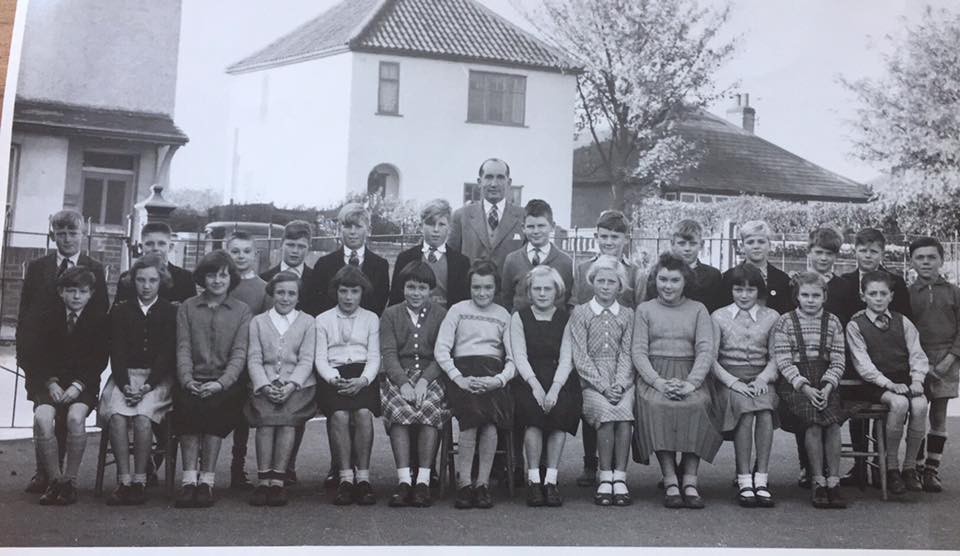 Mid 1950's. Mr Bottomley in the middle. Thanks to David Skinner for the photo
​Terry Chilvers I was at the school from 1961 to 1965. Miss Read (centre) was the music teacher and put me in the choir and taught me to play the recorder. When I moved to High school or "Secondary Modern" as it was called I learned to play the Trombone which I still play to this day.

Terry Chilvers God bless the teachers then. We used to call Miss Read "Old Ma Read" if you look at her hair style you can see why and she had this habit of shaking her hair and pulling her hair. My sister used to do a good impression of her. God bless 'em.


The class annexed from Sprowston Junior in School Lane to the British Legion hut was originally all boys. On the last day we were there before moving to 'big school', I persuaded everybody to sign a scruffy piece of paper which I still have ! On the attached picture, Mrs Sandell's signature is second down in the right hand column. She was a strict but very good teacher. 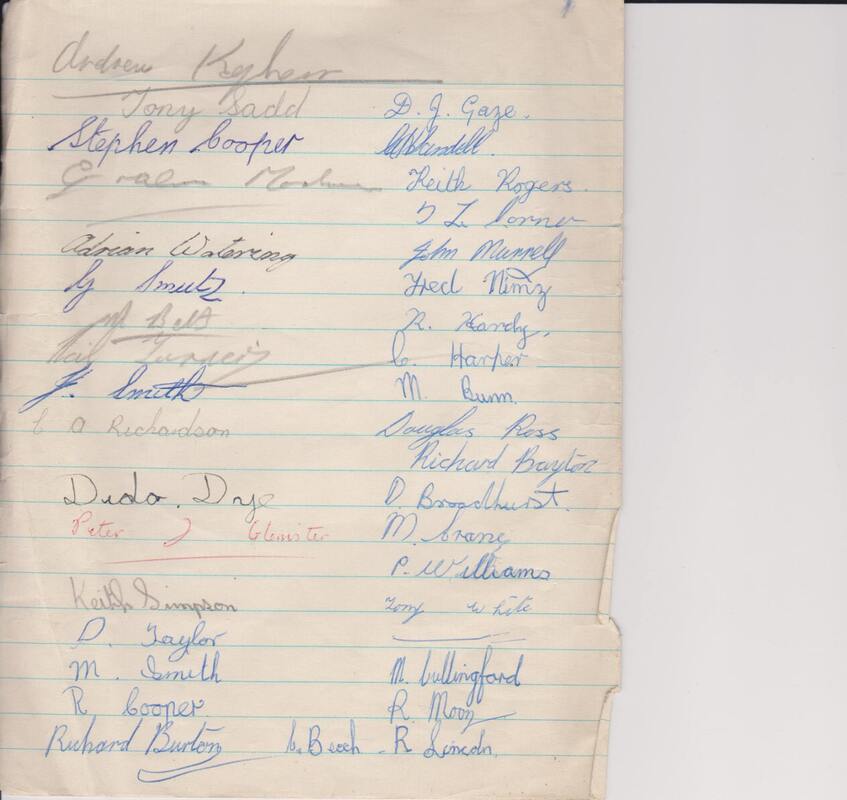 The George And Dragon
The original pub was opposite The Woodman on George Hill and later moved to School Lane. It Opened in 1938 and closed in  January 2000 and demolished in April 2000. It is now new houses and called St Geroge Loke. 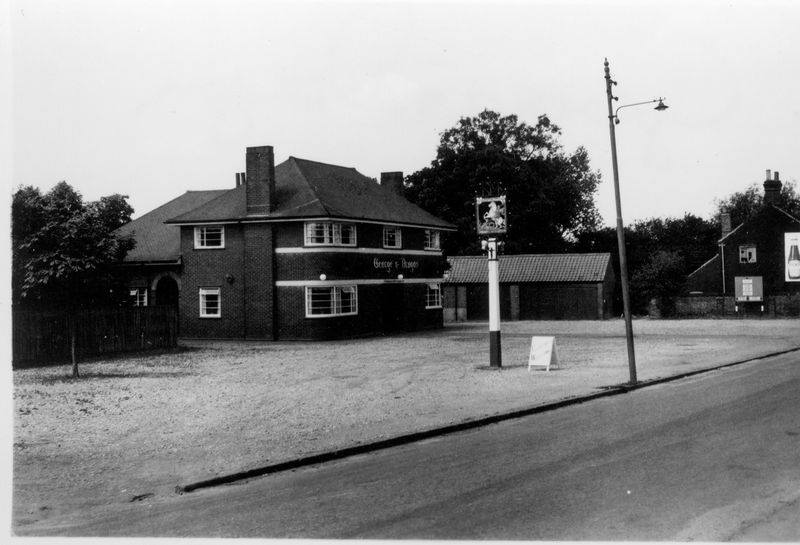 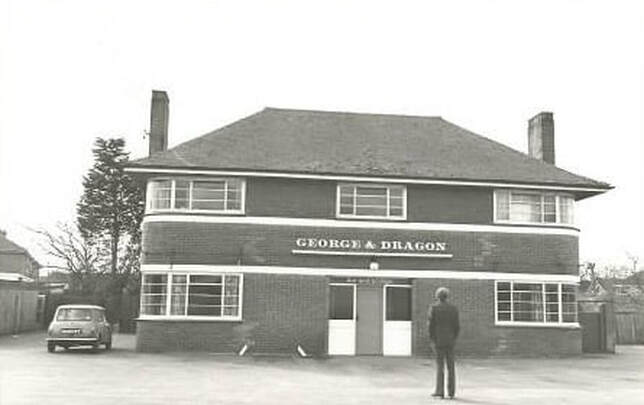 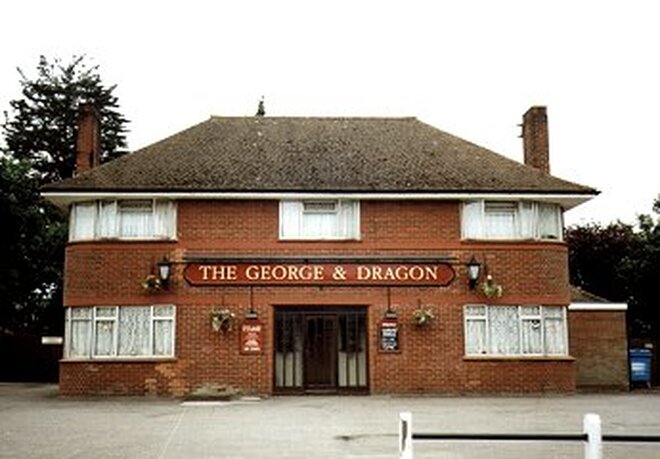 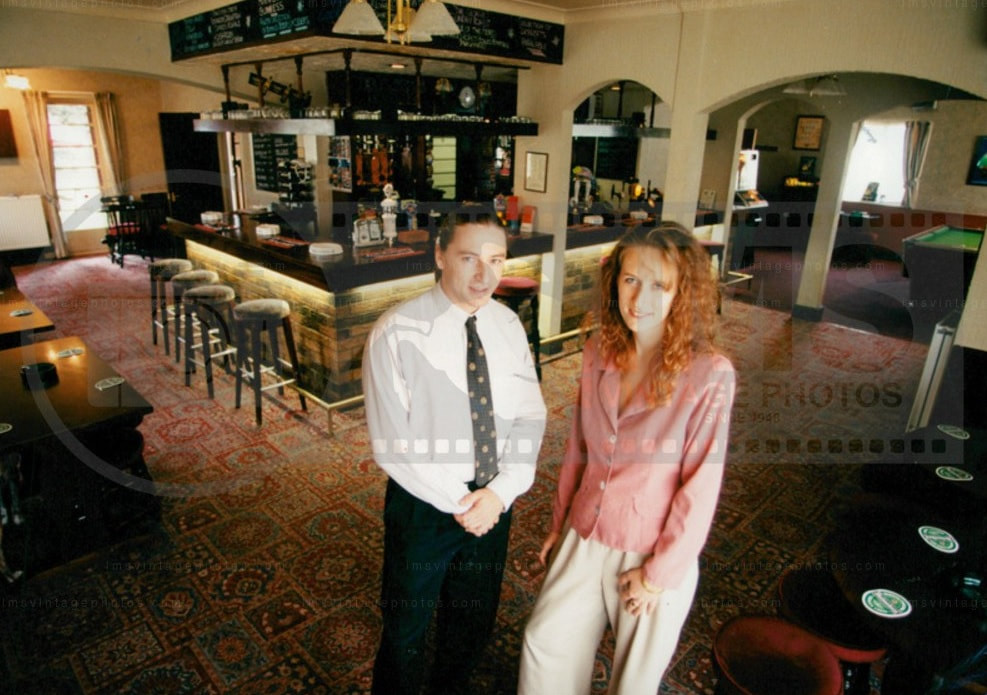 1996 - GEORG SKERLANITZ AND SARAH BELL
Unique Hair & Beauty
This used to be Pages.
W.S. Lusher & Son Ltd
W.S. Lusher & Son Ltd. was founded in 1924 by William Slaymaker Lusher at his home in Tillett Road, Sprowston, Norwich. In 1934 the business moved to its current location in School Lane, Sprowston on the site of a disused brickmaking yard (Ruymp's Brick and Tile Works). Under WS houses, schools, churches and hospitals were built in and around Norwich. The Company also secured work as far away as Wales (for Boulton & Paul) and the Isle of Wight (for Saunders Roe, sea plane manufacturers). Source

They built the Westlegate Tower in Norwich.

This area is likely to have new houses,shops and community buildings in the future. 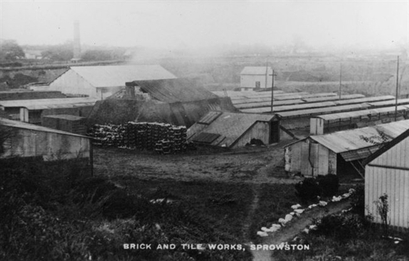