This road may be named after Sir Michael Falcon who was the Captain of Norfok's Cricket Team. Where the woods are next to Falcon Middle School and the back of the old British Gas was Hill Plantation.
Cecil Gowing Infant School
It was opened in 1967 and is on the same site as Falcon Junior School and Sprowston Community High School.
Falcon Junior School
This used to all be trees and was next to what is now Hill Plantation. The trees left from this can be seen next to the school going towards Fatso's.

Thanks to Sandra who tells us about the picture below from the 80's
This photo keep popping up all the time. These 4 ladies were the first kitchen staff of Cecil Gowing Infant School when it first opened, never at Falcon School. The lady on the Left is my Mum, her name is Joan Hinton, 2nd on the Left is Mrs Jackson (Jackie) she was the head cook, and Hilda on the Right hand side. The photo was taken in the car park of Cecil Gowing Infant School, the bungalow behind was the then caretakers bungalow. Mrs Jackson retired and my Mum became Head Cook. When CG stopped providing cooked meals the kitchens were closed and my Mum retired along with the other ladies. Meals were then provided by the ladies at Falcon and transported across. Both Mrs Jackson and my Mum previously worked at the High School. (Paul Hinton-here we go again). 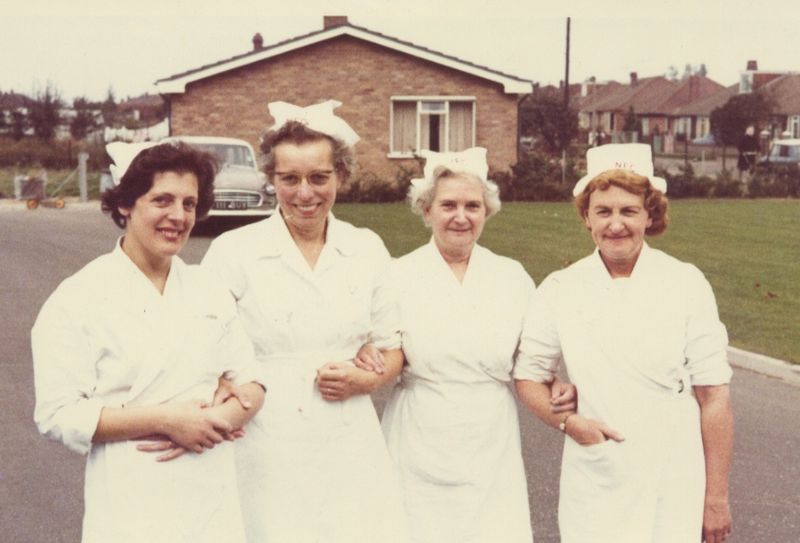 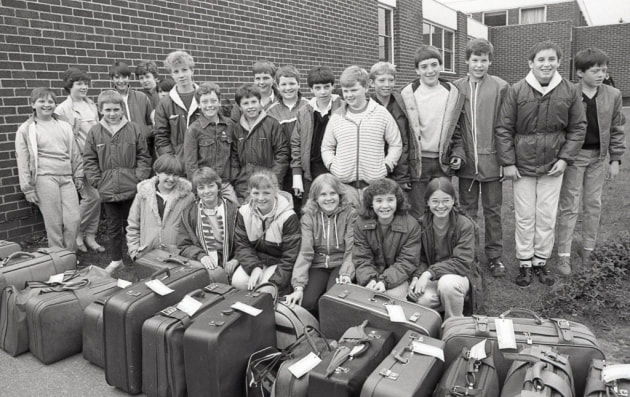 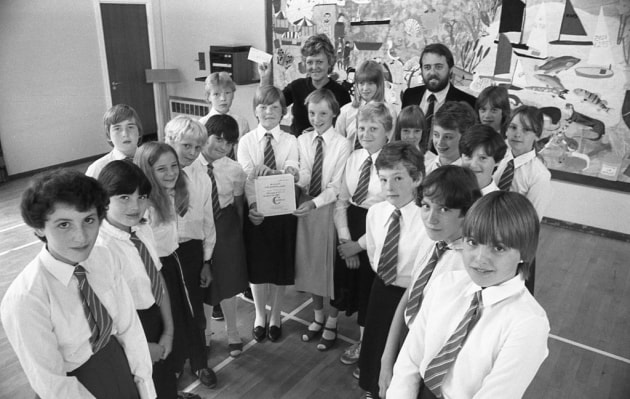 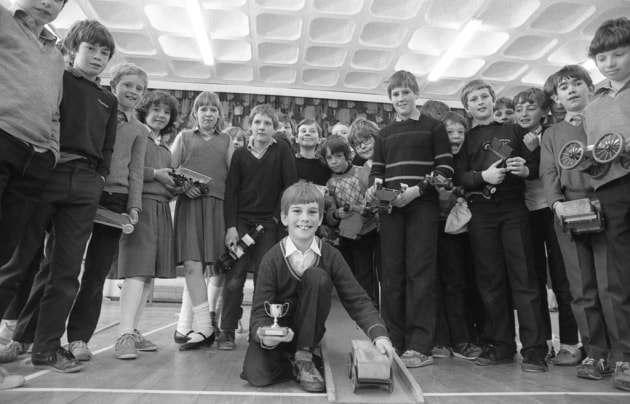 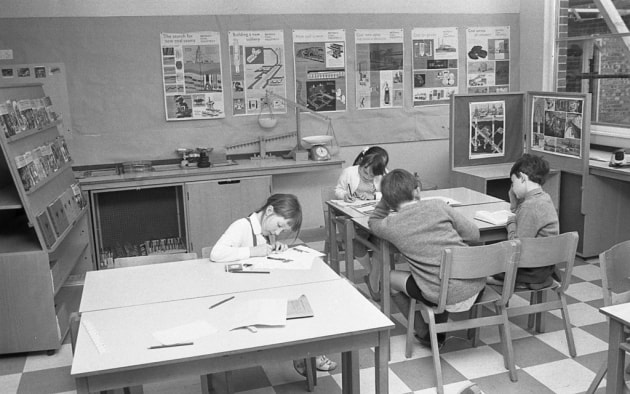 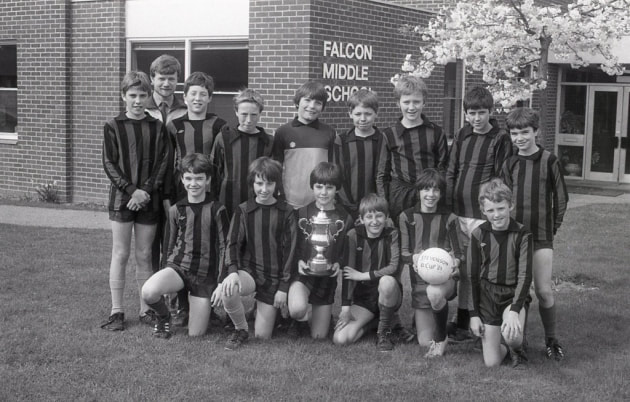