About Blue Boar Lane
Blue Boar Lane runs from Wroxham Road all the way upto Salhouse Road. It is one of the few roads in Sprowston where you can still see fields and in early 2014 you could even see sheep in the field opposite Sprowston Garden Centre. A few years ago you could walk down both Lodge Lane and White Woman Lane and walk past fields and it was lovely. I hope the lovely field will not end up with houses as it feels like you are in the countryside.

If you go up Blue Boar Lane towards Salhouse Road you go through Harrisons Plantation which is a beautiful little wood on the right hand side.

If you go back the other way towards The Blue Boar pub this is actually the old Blue Boar Lane. It is now a dead end but you would have gone down to the end of the road to the traffic lights. I believe this slight hill used to be Harrisons Meadow. I bet the house owners here are very happy they now live on a nice quiet road!
Thanks to Robert Arneil who tells us the location of the picture below iis on Blue Boar Lane on the road next to what is now Tescos. 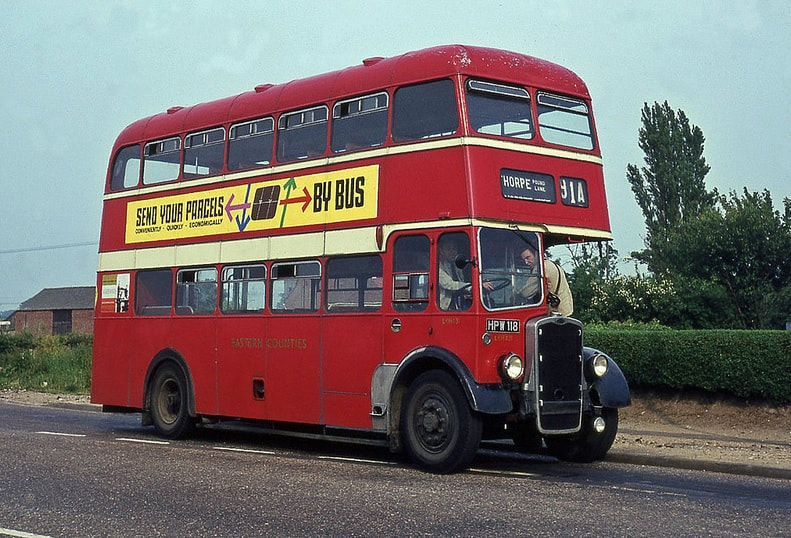 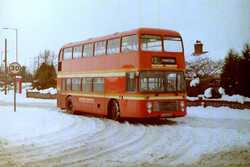 The Blue Boar Lane site was occupied by Boulton & Paul Sports Club from the 1940’s until its closure in 1986. Sprowston Lads Football Club was formed in 1978 and shared the use of the sports ground. When Boulton & Paul left T S Industrial Roofing,  under the chairmanship of Richard Shorten, took over the running of the sports ground. Richard and his company played a major part in maintaining the club, both then and well into its future, with donations of materials, expertise, man hours and finance.

In 1992, when the Gothic Social Club closed, the TS and Gothic Clubs combined their members and committees giving birth to Sprowston Sports and Social Club. Terry Toomer, a Sprowston resident, was elected as chairman and the Club’s aim was to become financially self-supporting by increasing its sports and social facilities. In 1993 The Valley Drive Social Club on Plumstead Road closed. The club house was dismantled and transported to our site and trebled the size of our social area and included a new bar. A new entrance hall and a new toilet block were soon added.

In 1994, part aided by a Littlewoods Pools grant, the artificial sports court with lighting was built. In 2000, part aided by National Lottery and Broadland District Council grants, the full size bowling green was installed. Over time other improvements include a new cellar, a petanque court, an upgrade of the changing rooms, an upgrade to the football pitch, car park improvements, a children’s play area, etc, etc.

All this has been achieved by the hard work and dedication of those very special people who have given, and who are currently giving, their time and expertise to create what we have today.

Sprowston Sports & Social Club is not run by any council, by any business or by any other body. This is truly unique. It was built and managed by its members, for its members and for the community. This ethic continues today. 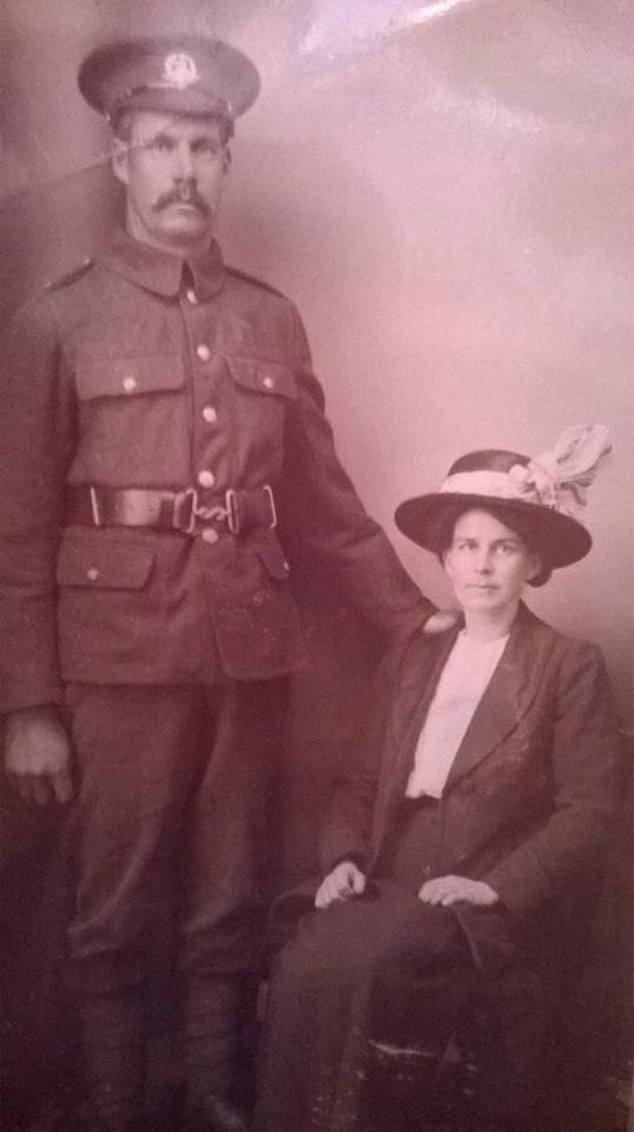 Robert Walter Walker and Hannah (May) Walker from Blue Boar Lane Sprowston during WW1, my grandparents. Photo courtesy - Christine Cornwall‎
Tesco
This store started out as a Bugden's family run store which was originally on Wroxham Road. Bugden's opened in 1984 and took 40 weeks for the completion of the new 3,350 square metres superstore. It was opened officially on 16th October 1984  by Anglia Television broadcaster, Patrick Anthony and they also gave away a cook book by Patrick on the day of opening too to the first few customers and you can see the signed book below. 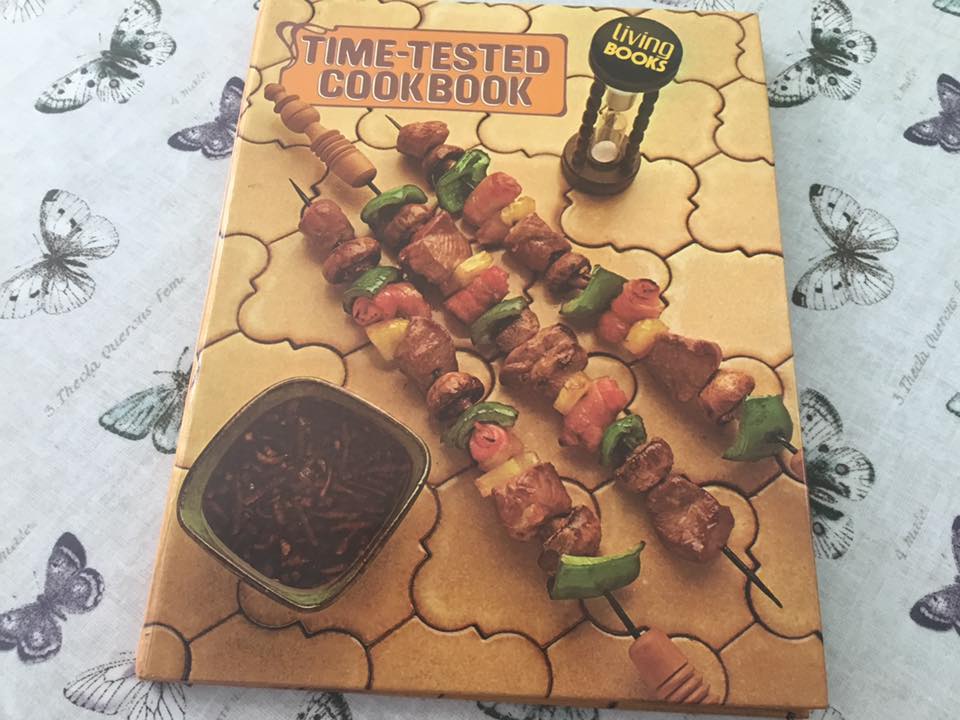 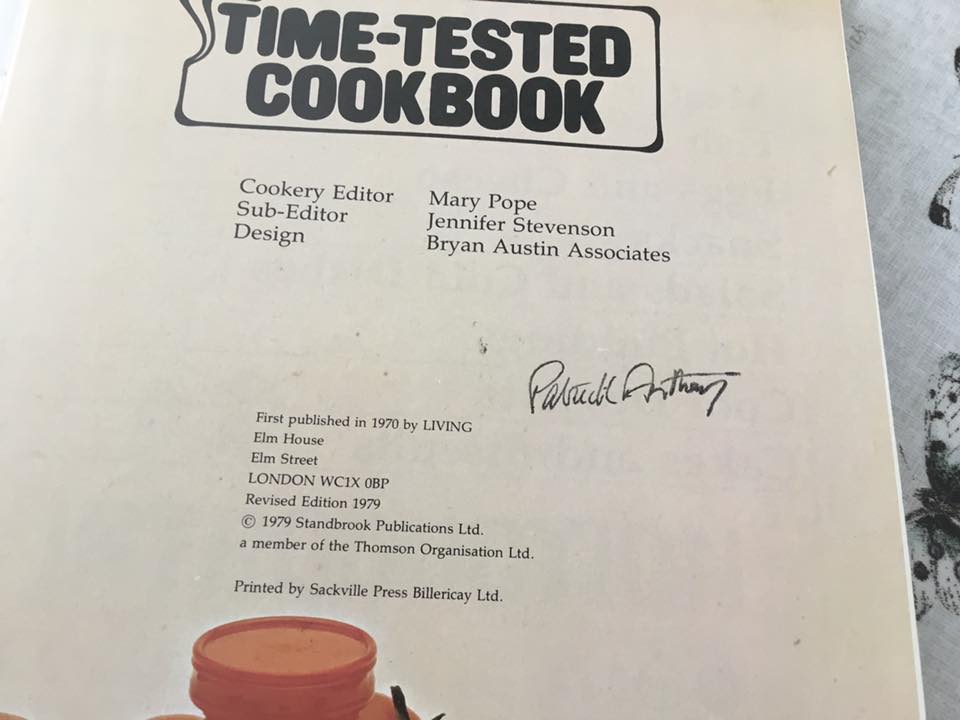 Credit - Ann Lawrence
In 1988 they sold the store to Tesco. The area and entrance to Tescos has changed alot over the years. For younger readers the original entrance was where the crossing is now and there used to be a little roundabout and a gate locking off the car park back in the days when the store closed at 8pm. Remember that! Can anyone remember the day the hot air balloon crash landed into the telephone lines near the bottle banks?

On 23rd August 2018 Stephen Mulhern filmed in the store for the ITV show In For A Penny. They also had dinner at Fatsos on Salhouse Road at the end of filming. 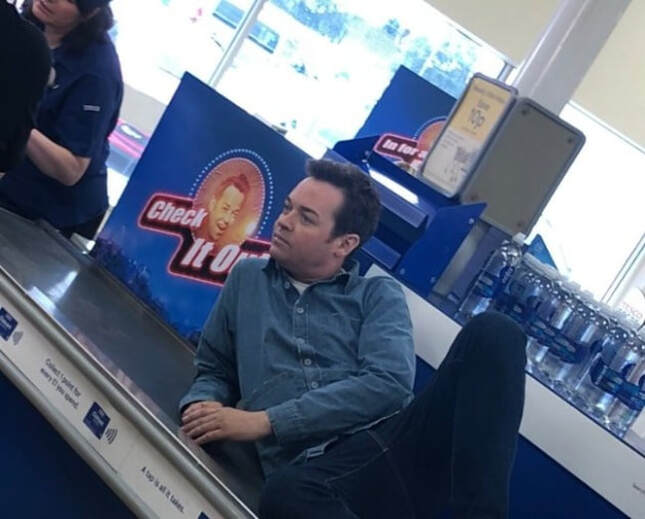 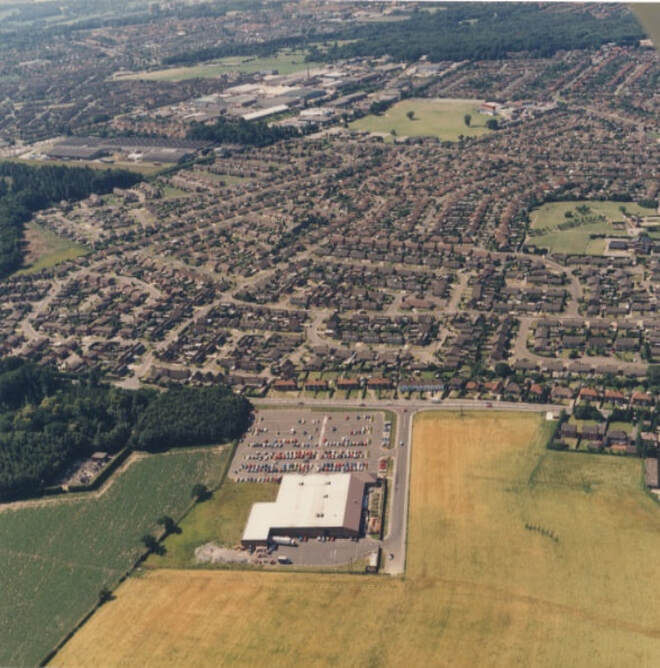 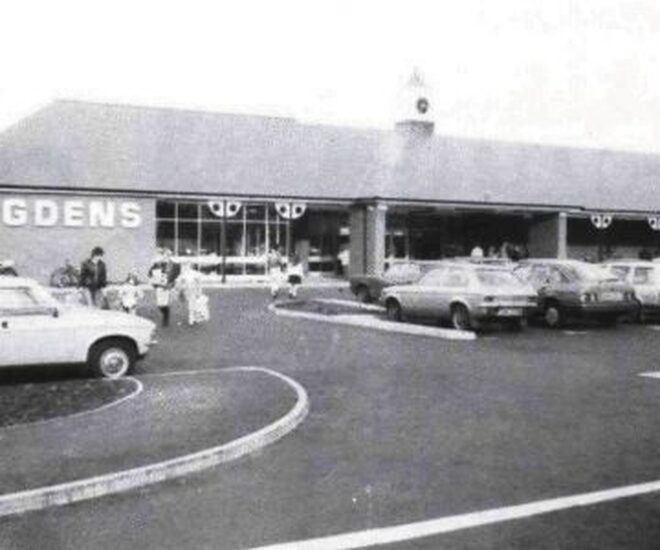 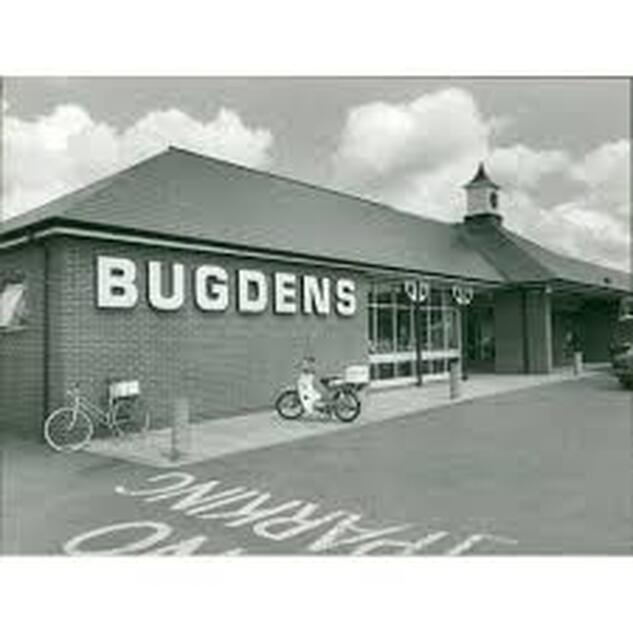 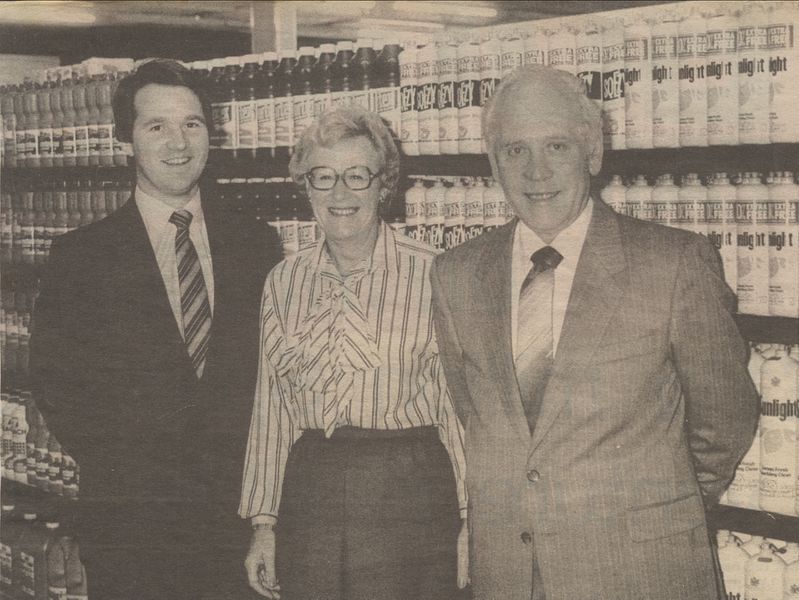 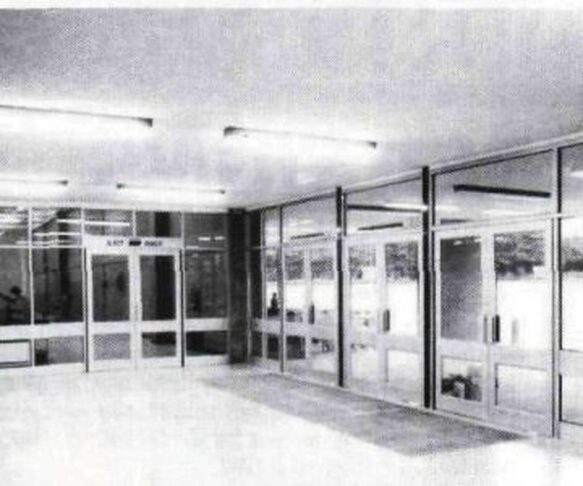 1984 - The entrance screens in position at Bugdens Supermarket at Sprowston, Norwich as manufactured and installed by Drayton Windows: 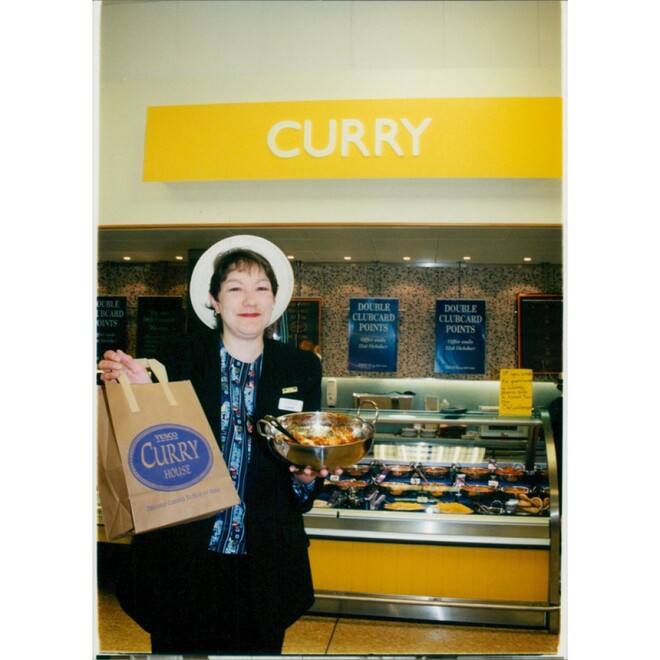 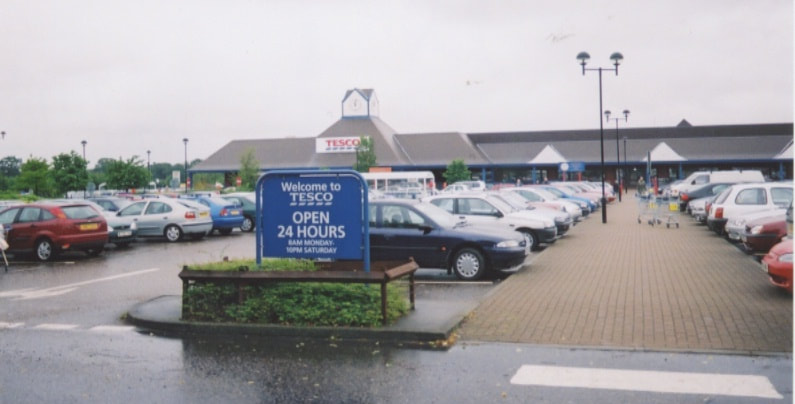 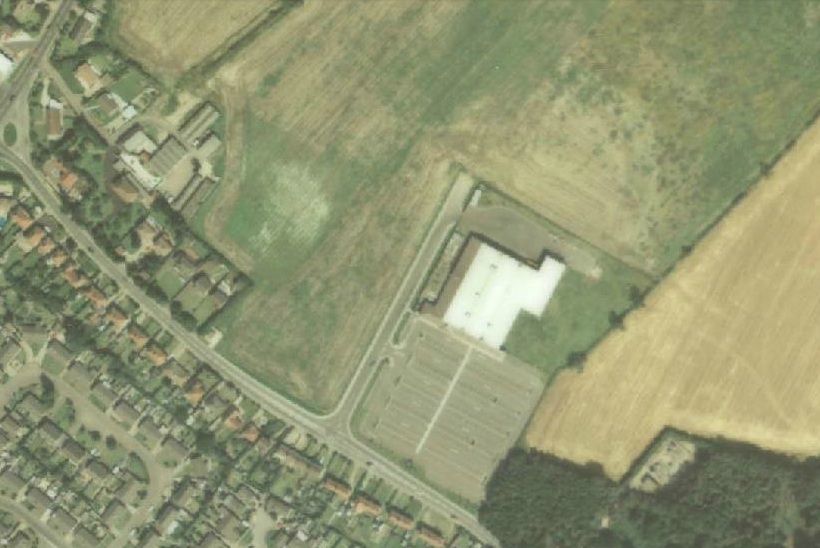 1988 - Notice the old entrance from Blue Boar Lane and how tiny the store is compared to today.. View map here - http://www.historic-maps.norfolk.gov.uk/ 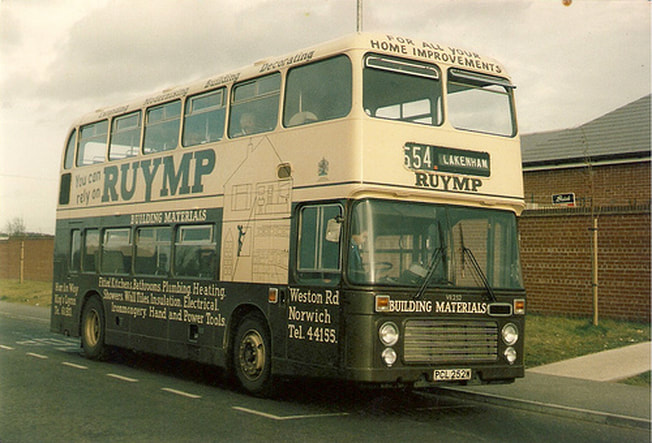 Bus stop outside the Bugdens store on the access road. Interesting to see the advert for Ruymp on Weston Road which may have also been the new premises that were on School Lane. Credit: Still awaiting 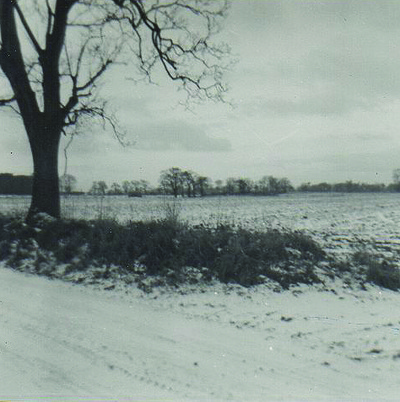 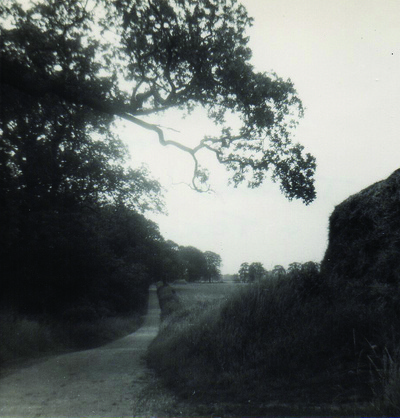 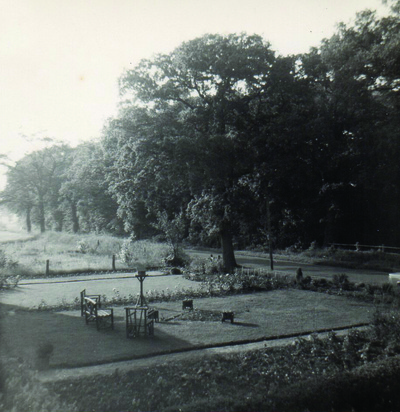 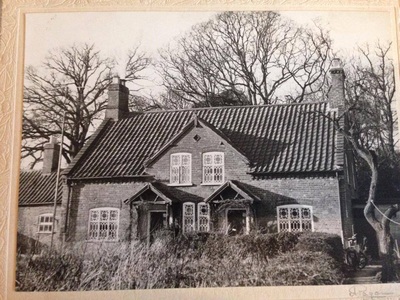 White House Farm
This used to once be called White House Dairy. This is one of the last remaining working farms in Sprowston. At the entrance to the farm on Blue Boar Lane are a pair of farm workers cottages once owned by the Gurney family who also used to own the land where The Sprowston Garden Centre is.

​Opposite the garden centre in the field used to be Harrisons Cottage which was many centuries old. The house and area was also once called Harrisons Meadow. There used to be three more houses to the right of the cottage.

On 27th October White House Farm was featured on the Cbeebies show "Down On The Farm".

An email from Jean Green

"The old cottages on Blue Boar Lane opposite the White House farm road are owned
by the Gurney family. It is a pair of cottages and they were workers on the
Gurney Estate that lived in them. My family moved there in 1947 from
Bedfordshire, my Dad was originally from Dersingham and my Mum from Heacham so I
guess they 'came home'. Hope this will be of interest to you."
Sprowston Garden Centre

Built in 1975 on land owned by the Gurney family, Sprowston Garden Centre was initially run by family member Simon MacFarlane, whose horticultural experience was minimal, but whose business acumen was considerable! He soon learnt the trade, developing a thriving house plant department, which still outperforms many larger garden centres. In the late 70's they sold pets and fish. In 1987 it had the Gardeners Pantry Restuarant. 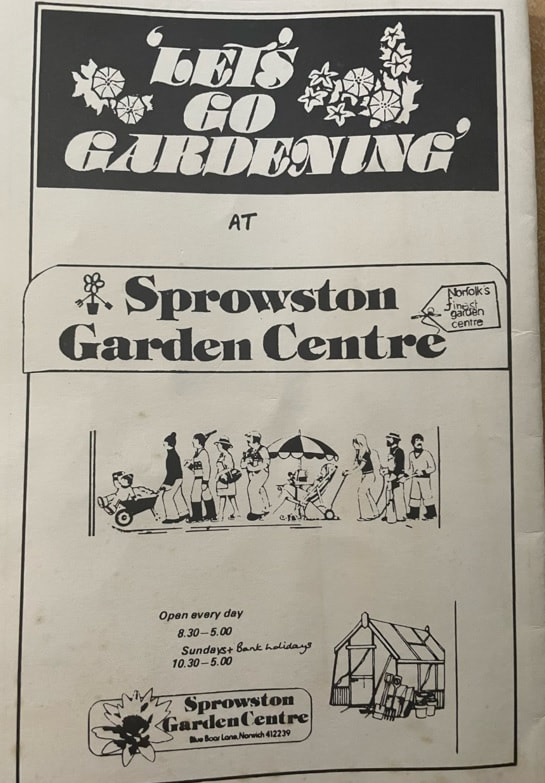 Home Farm
This farm used to be where the new houses are on the Blue Boar Lane roundabouts. The entrance to the farm was opposite the Blue Boar pub. 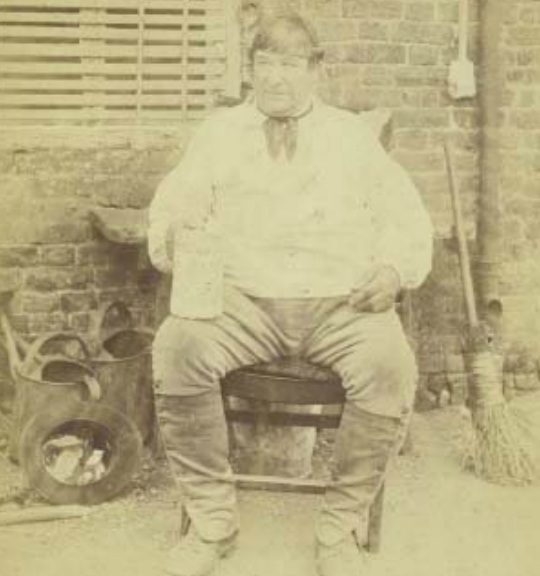 1874 - Farmer Henry Yellop at Home Farm. - Picture: http://www.sprowstonheritage.org.uk/
Harrisons Cottage
If you stood at the entrance to the garden center on Blue Boar Lane and looked across the road into the field and in the distance you would have seen a little cottage all by itself. It has now been demolished. This cottage was called Harrisons Cottage and was many centuries old. This website is the only place on the internet I can see anything about it so if you can shed more light on the cottage please let me know.

An email from Richard Parker has dropped in my inbox with this info about the cottage!

"I was born in the cottage in the middle of the field opposite the garden centre in 1943. On my birth certificate, this house was 17 Harrisons Meadow. There was a terrace of 3 more to the right of the remaining house. They are of course long gone. My dad, Bert, first lived in one of the other 3, but when I was on the way, he had to move to the remaining house due to the previous one being 2 bedroom only and I was the 3rd born. I lived there for 11 years. My dad worked for Cecil Gowing as milkman, tractor driver etc. It was a dairy farm named White House Dairy in those days. He left when the herd was sold and we moved to Alford Grove. Well done on the web site. Hope you find some
of this of interest."
Richard
Roads close by
Wroxham Road