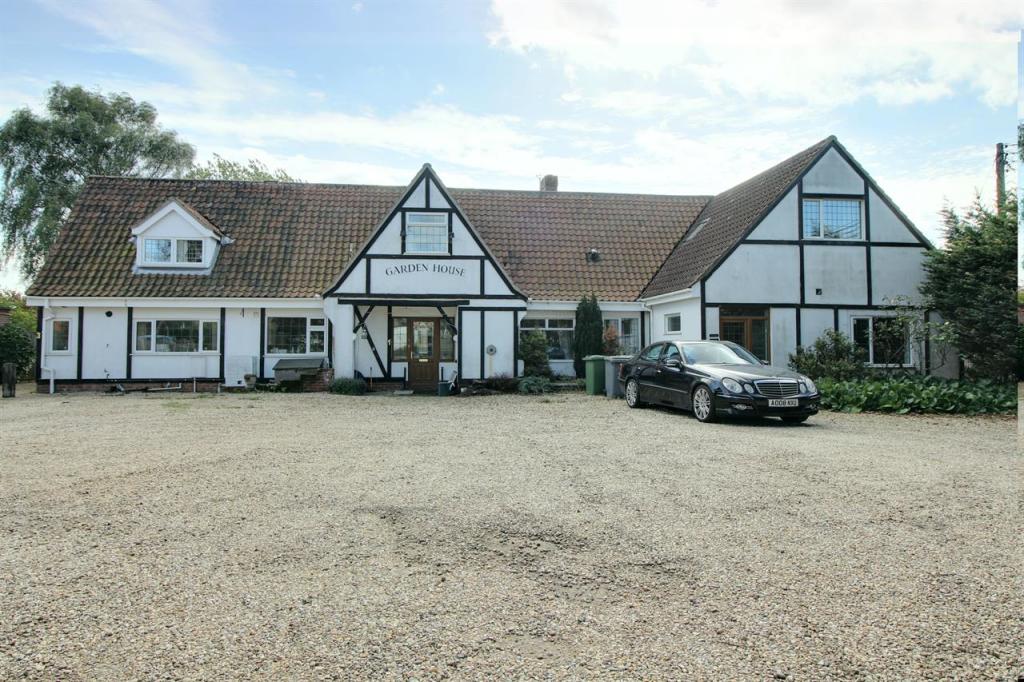 ​The building stands on the precise site of the Grandstand of the former Norwich Racecourse. In June 1838, the Norwich Coronation Races were held there, to mark Queen Victoria's accession.

The original name for this building was Sprowston Grange and was a 14 bedroom hotel and country club on a seven acre site.

On 9th July 1940 Two Luftwaffe bombers started an air raid and that air raid dropped a bomb next to Sprowston Grange where it killed the wife of a carpenter.

In the late 1940's and 50's it was owned by the Hammond family and the Old Rackheath Cricket Club played on a field behind the house.

In November 1965 local businessman Roy Dashwood (who died in August 2013) brought the hotel for £24,000. He also brought the 25-acre 9 hole golf course next door to the hotel in between The Hotel and what is now Harrisons Drive for £11,750. The building is more known for the Washington 400 Club that was next door. It is now the childrens play area and where the back restuarant is now. This club opened

In December 1965 Lonnie Donigan opens the club with a three night residency at the Washington 400 Club. The club was a nightclub that opened after 8pm and included live music, a casino and strippers such as Tropical Linda. Roy also brought big stars of the day to the venue including Bob Monkhouse. Frankie Howerd, and Engelbert Humperdinck. Tony Weston was the Compere.

The club was also well known as it had a house band. One of the members of the band was Pete Miller who also used to be in Peter Jay And The Jaywalkers and had the hit "Can Can 62" in 1962 later covered by Bad Manners. The lineups and names of the band changed a few times from The Paul Saint Trio, Peter London Trio and finally The News. Pete Milller appeared in all these lineups. Pete used to record and compose music at his Margetson Avenue studio in Thorpe Hamlet in the afternoons and in the evening play at the club around this time. He also used to have local bands at the time record demos at his studio.

Thanks to Bernie Galasky for this via Facebook "I worked at the Washington club 400 when it first opened and the first act to perform were The Dallas Boys then Lonnie Donegan. It was a hectic place to work. I was the bar cellar man."

Around 1974 it became The Hotel Eiger. The Manager was Chris. Baumann who came over to the UK from Zurich. Around this time a Squash club was built next door behind what is now Eastgate Place. The squash club was opened by Alan Ball.

In 1978 it was sold and the new owners renamed it The Georgian Hotel And Restuarant.

When the Georgian was sold the squash club and hotel went their separate ways.

In the 1980s it was renamed Ebeneezers and the squash club went their seperate ways. An aerial map from 1988 shows it has a swimming pool to the right hand side of the Hotel.

​In 1993 it became a Brewers Fayre pub and had a Charlie Chalk's Fun Factory play area to the left hand side.

In 1995 it became The Racecourse which got its name from the old race track behind John Fairchlough Cars that you can still see the outline of to this day.

In 2001 The Richardson Group brought the pub under the Horizon Inns subsidiary name that was established in April 1999. The Richardson Group years later would go on to sell the pub and buy Hemsby Beach Holiday Park. In this era they also owned Church Farm in Burgh Castle but later sold that too. In this time it was also still a hotel and had seven en suite bedrooms with single occupancy, double rooms and a king-size suite. Thw pub refurbished the old function room where the main dining area is now and named it The Washington Suite in memory of the old hotel.

Functions & Conferences whatever the occasion, be it work or pleasure, The Racecourse can cater for up to 200 guests in our stunning new and refurbished function area,The Washington Suite. Being adaptable to all sizes and any function, we are the ideal place offering the full package for all needs. Be it conferences, training sessions, or intimate syndicate rooms that are needed, we can accommodate all, with equipment available if required.
Whatever the celebration, from wedding receptions, anniversaries, to reaching that special age,we can fulfil your needs providing the location and fantastic food and drink whilst making your celebration a day to remember. We offer a wide range of function menus, from relaxed buffets to more formal sit down meals. With its exclusive bar, patio and gardens, there are few better places for any event and any occasion

In 2013 the pub was sold to Castle Carvery and Anglia Restaurants Ltd and closed for a couple of months while they refurbished the whole pub and play area. On 23rd August 2013 it reopened with a brand new play area outside. In 2020 it is still going strong. 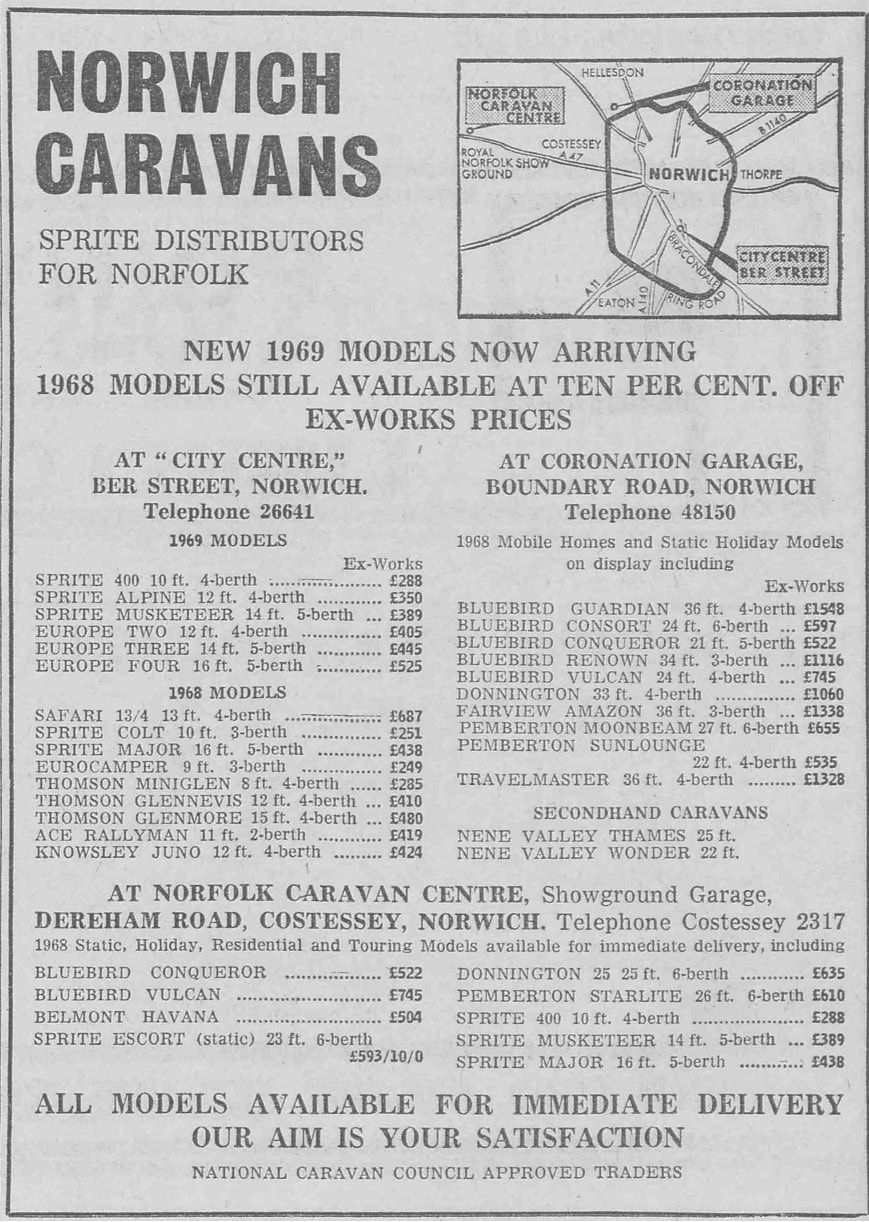 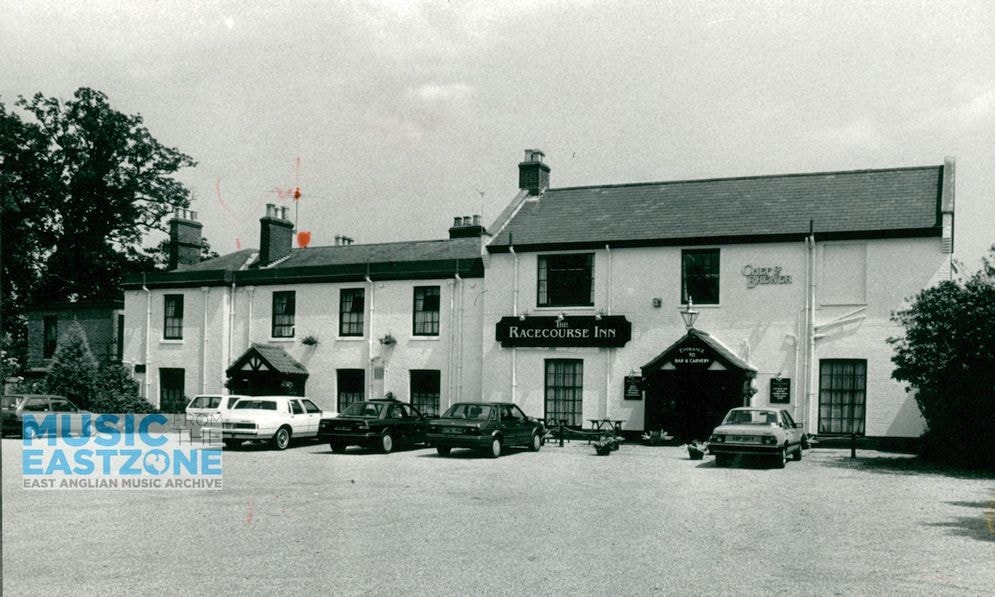 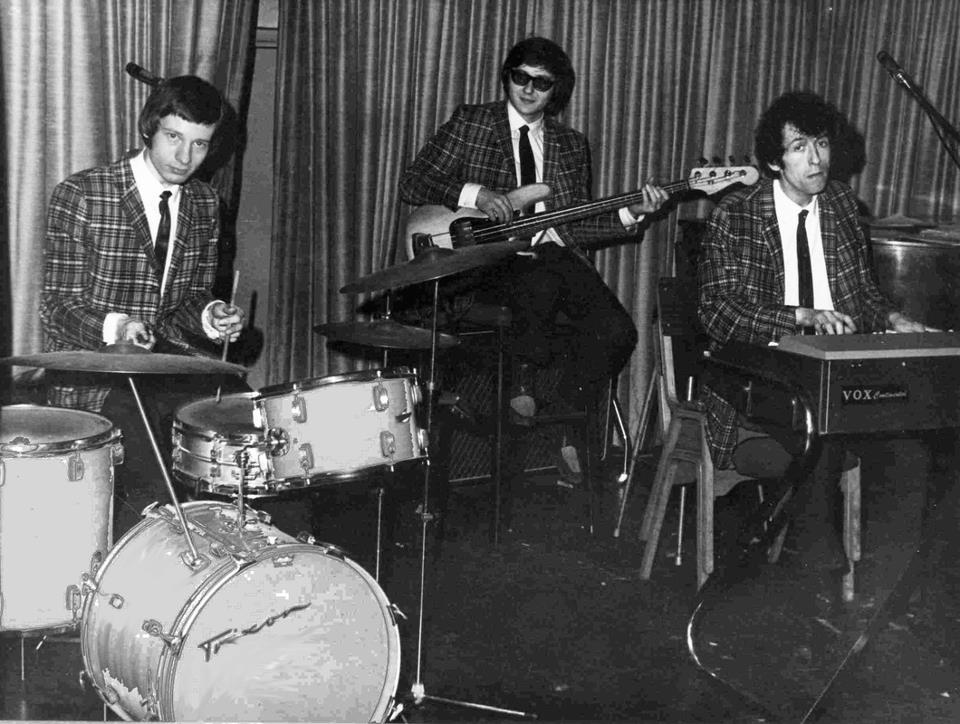 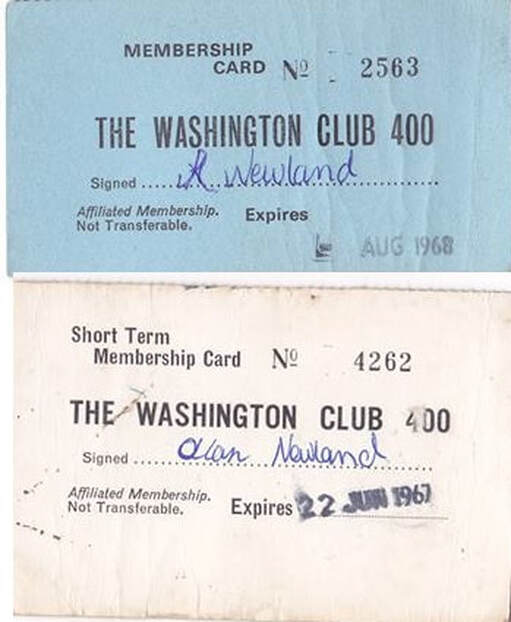 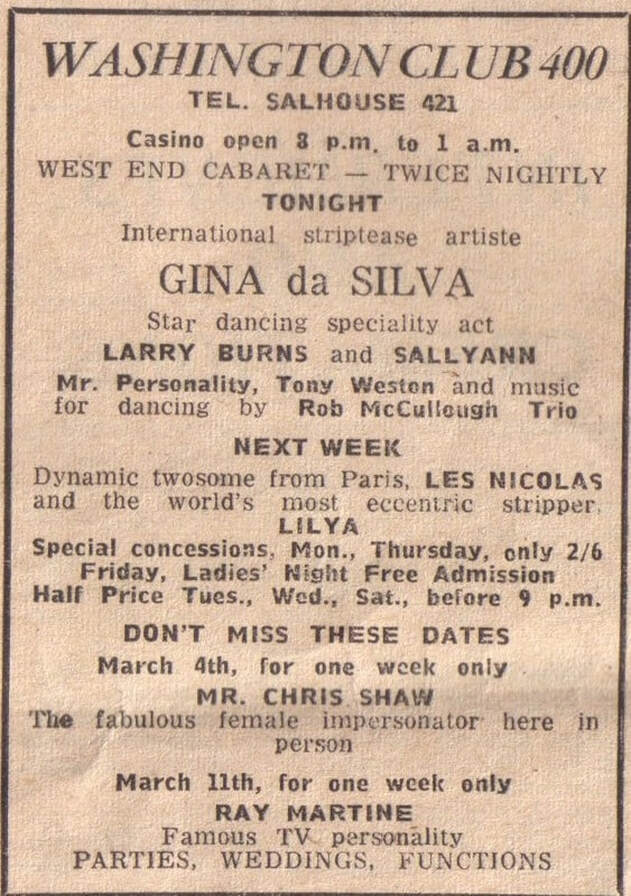 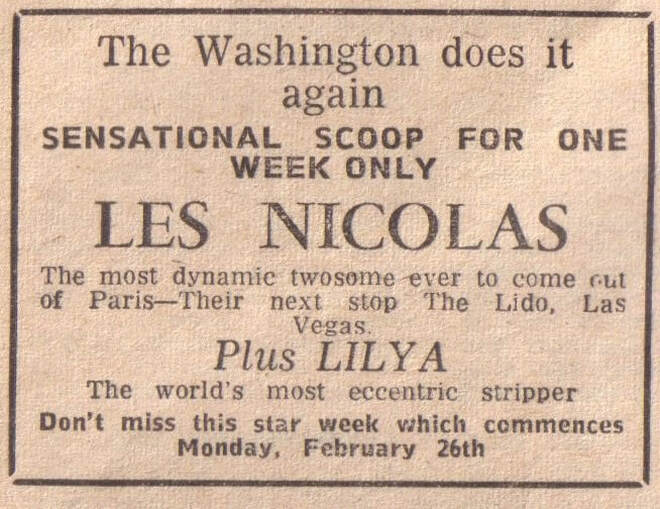 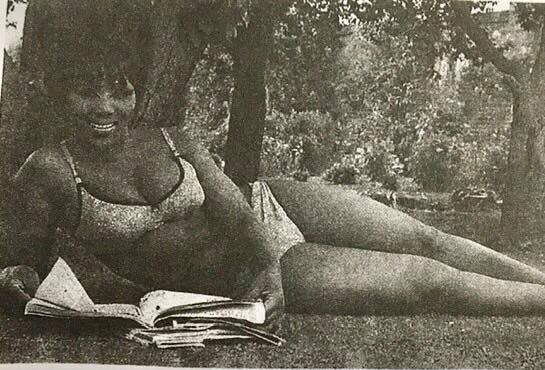 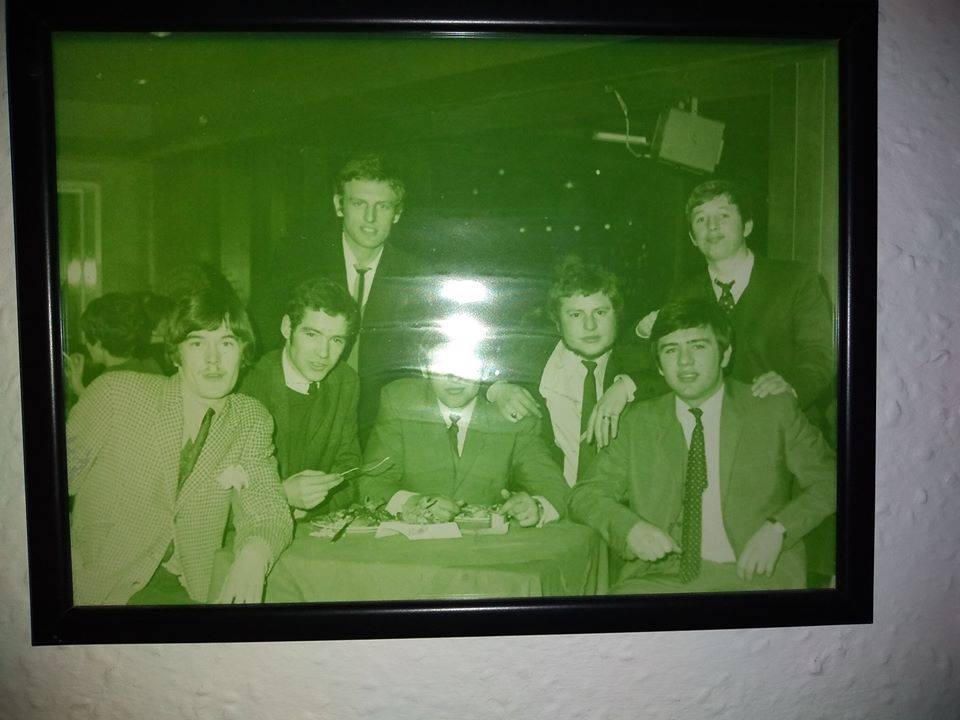 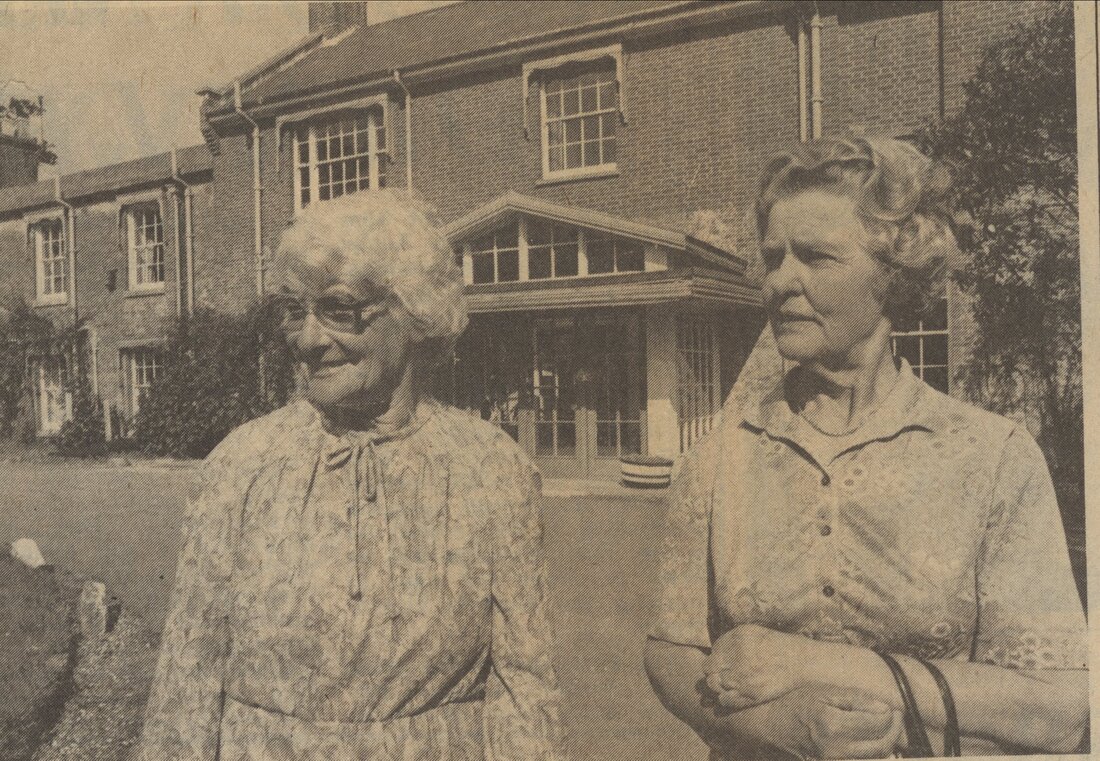 Kathy Legood on the left. Person on the right unknown 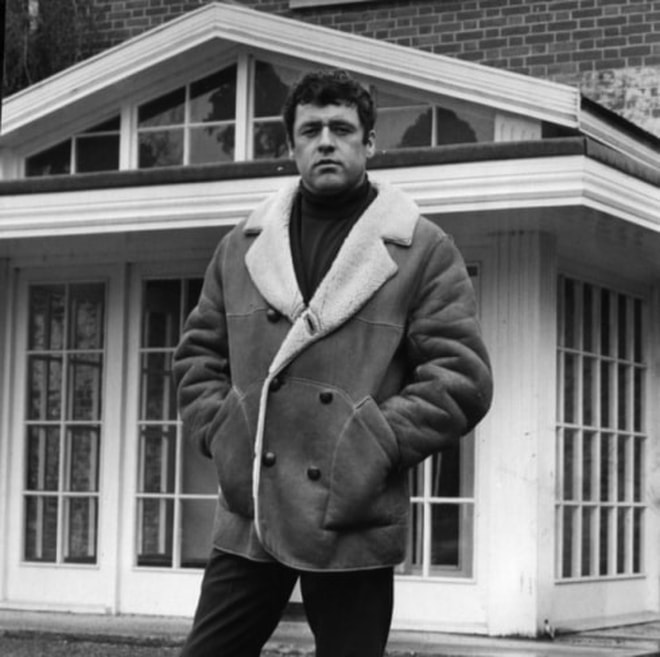 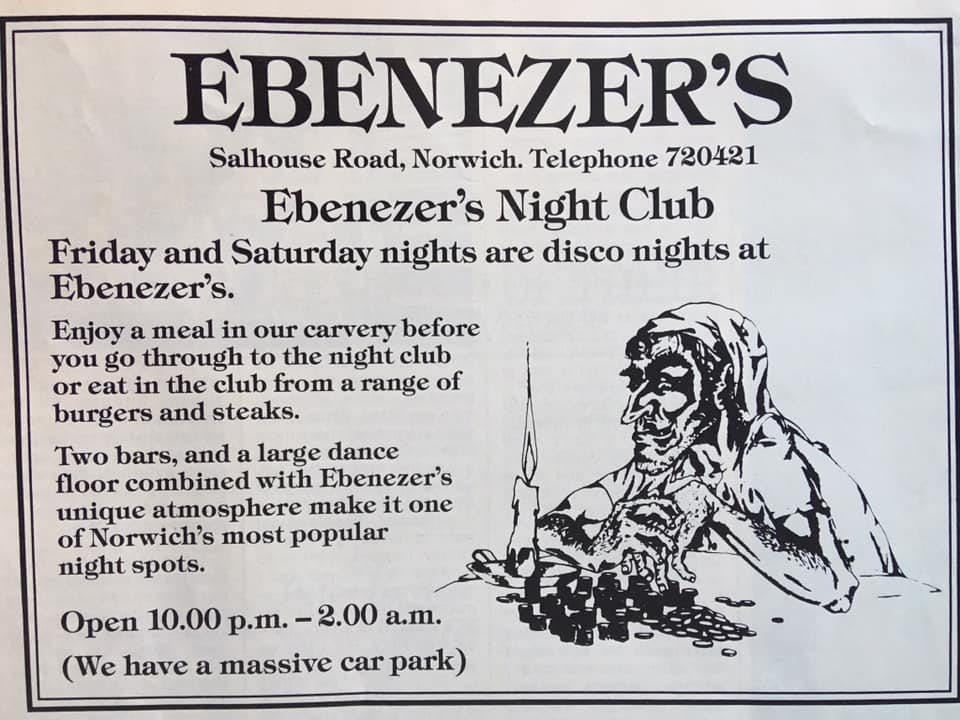 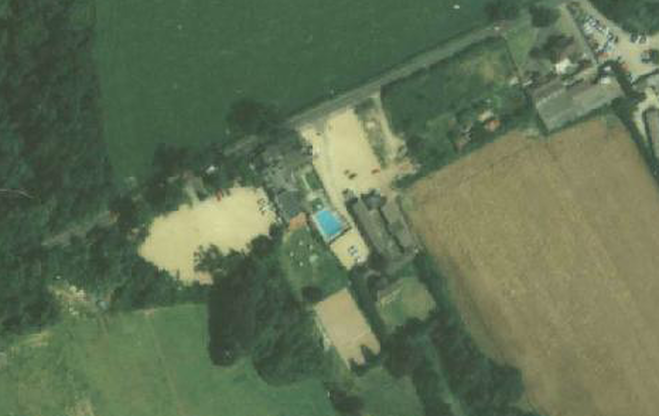 1988 - Here you can see the swimming pool behind the pub and the racecourse to the right. Credit - http://www.historic-maps.norfolk.gov.uk 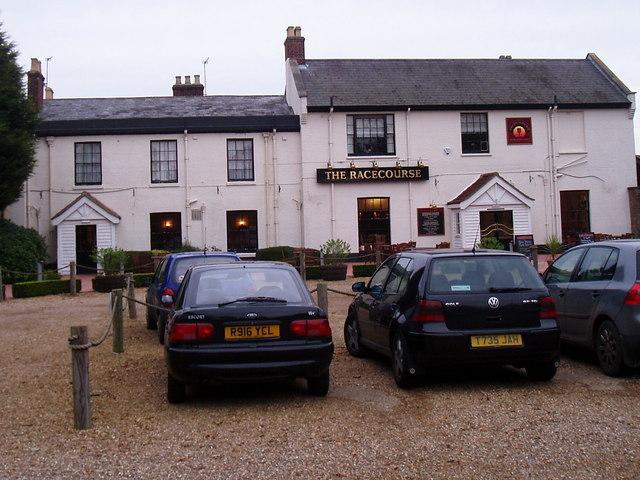 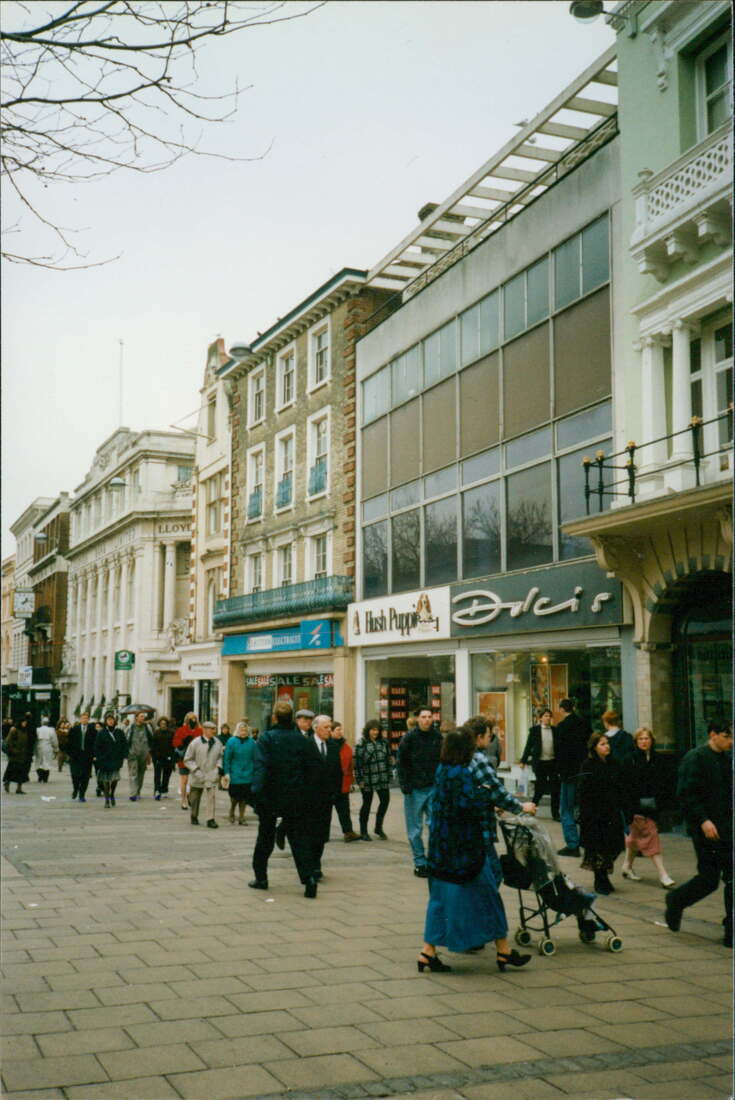 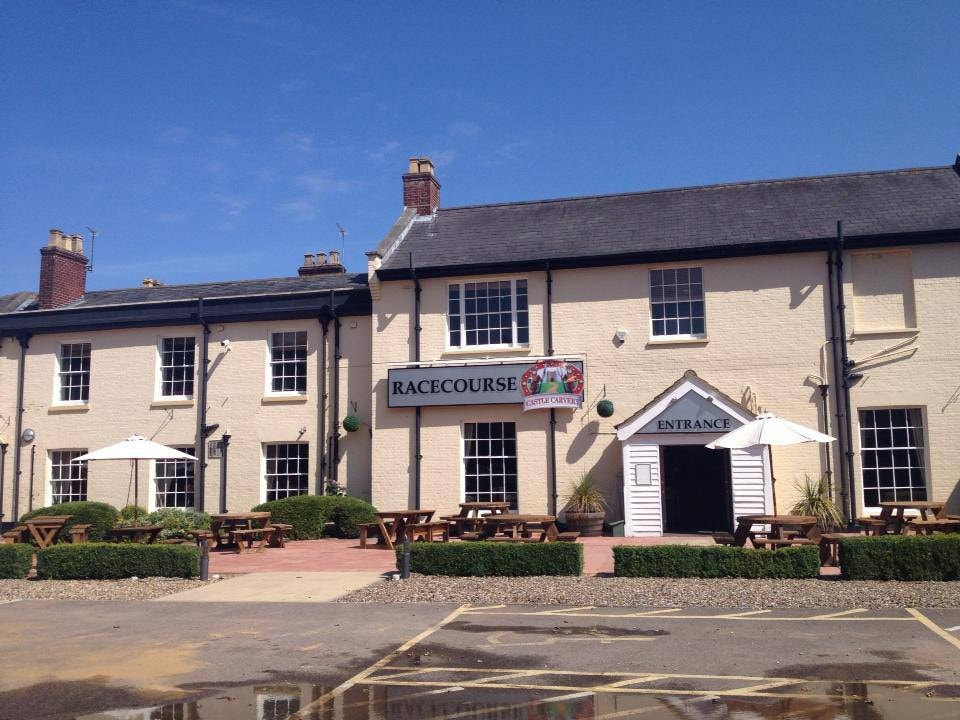 2013
Eastgate Place
Used to be The Georgian Leisure Club at the back of the flats you see at the front
Trotter Racing Track And Racecourse
Behind John Faircloth cars is the old racetrack and where The Racecourse pub got its name. This area is now being developed for new houses and the racetrack you see below has gone. In November 2022 it was a big pile of mud. Such a shame. 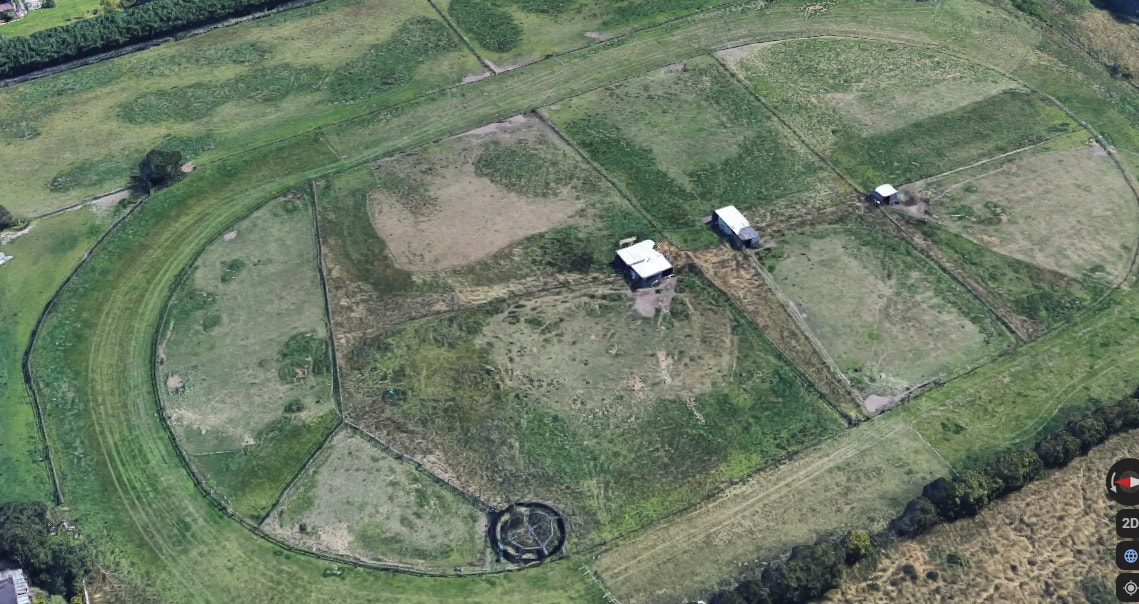 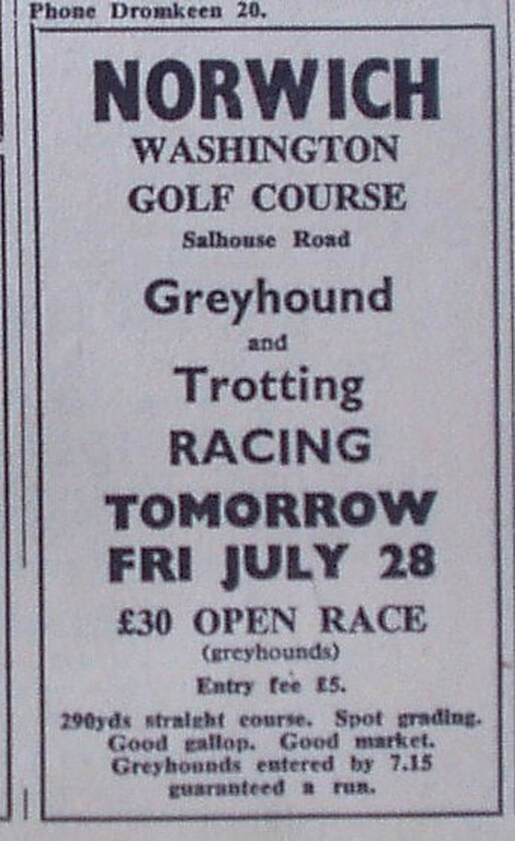 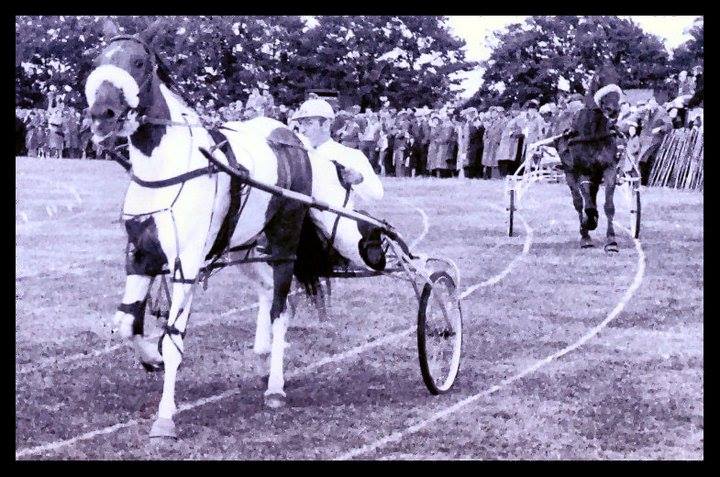 Salhouse Road - trotters - Amanda Peruzzi-Boyd
Having done some research into the Thorpe woodlands for the article in the previous newsletter I became interested in the history of Racecourse Plantation and how it got its name. You may be aware that many of the trees there are being felled in advance of an estate of 300 houses to be built there so the plantation will soon disappear. My research, largely in the files of local newspapers, uncovered a considerable amount of material on the 'Norfolk and Norwich Races' that were held there during the nineteenth century, attracting large numbers of people. There had been racing in the locality prior to this. During the 1730s there was a course in Sprowston that ran from Mousehold Lane to Salhouse Road where the 'Racecourse Inn' now stands but the 'Norfolk and Norwich Races' were a new venture. They were the brainchild of Henry Stracey, a former cavalry officer, whose wealthy family owned Rackheath Hall and estates in the county. It was taken up with great enthusiasm by many of the local gentry and in particular by John Harvey of Thorpe Lodge who became the public face of the races as one of the Stewards who supervised them, ensuring they were run fairly and resolving any disputes.

In early June 1838 Stracey proposed holding the races and within a fortnight arrangements had been put in place. They were held over two days, the first being Thursday 28th with the first race being named the 'Coronation Stakes' in honour of the new Queen, Victoria, whose coronation took place that very same day. The course was laid out on 80 acres of heath land that stretched east from where Woodside Road is now, leased by John Harvey from the Dean and Chapter of Norwich Cathedral, that became known as the 'Old Race Course'. On that first day thousands attended, many walking the two miles from Norwich; the gentry travelling in comfort in their carriages and gigs. A grandstand had been erected and there were booths providing food and drink for the assembled multitude. Racing commenced at noon and despite heavy rain which arrived at 2.30 the event was viewed as a great success. At a celebratory meal held by the Stewards that evening at the Royal Hotel in Norwich, Harvey, after toasting the new Queen, expressed his great pleasure at seeing so many people from different classes enjoying themselves at the races.

The following year the old course was unavailable and a new one, immediately adjoining it, known as the 'New Race Course' was laid out. It consisted of an oval track of a mile and a distance in length. The races had become a major event in the social calendar and again thousands flocked there to enjoy two afternoons of racing with music from a band and food and drink from the booths. Those entering horses had to confirm ownership, there had to be a minimum number in a heat or the prize would not be awarded, and no jockey was permitted to ride in plain clothes. In addition, no gambling was allowed, despite offers being received to pay £100 if a gambling tent be permitted. During these early years the races were followed by a ball at the Assembly Rooms in Norwich but it was not well patronised and by 1841 had fallen into abeyance. The Races continued to be held for a further three years. A noticeable feature of them was the participation of officers from whichever regiment was stationed at the cavalry barracks in Pockthorpe. They were prominent in supporting the event, putting up a silver cup on occasion as a prize. The 'Norfolk and Norwich Races' were last held in July 1842 when, although popular with the general public who still attended en masse, support from the gentry had declined. It would appear that the drive and enthusiasm had gone - Harvey had died earlier that year and the land used for the races had been sold so perhaps the two things combined to kill the 'Norfolk and Norwich Races'. Today (site pictured above) , there is no physical evidence there was once a racecourse in Racecourse Plantation but with it about to disappear it's an appropriate time to remember a forgotten aspect of the history of Thorpe.